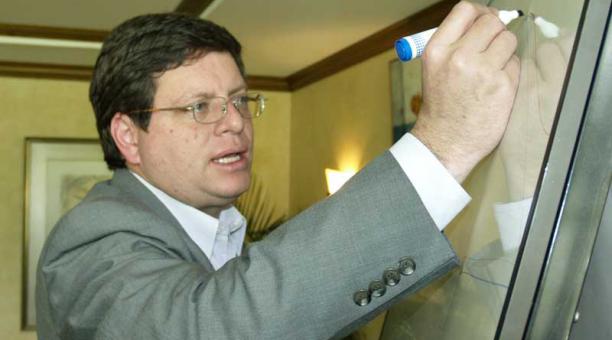 The future of the financial trader who collaborated with the plot of corruption orchestrated by the Brazilian construction company Odebrecht is in the hands of the Spanish justice. Thursday, May 11, the arguments for or against the request for extradition of Rodrigo Tacla Duran requested by Brazil will be analyzed at the National Hearing.

This 44-year-old lawyer with dual citizenship (Spanish-Brazilian) has been a key element in unraveling how bribes were paid to politicians and public officials in Ecuador and 11 other countries between 2001 and 2016.

As an external financial trader, Duran made use of sophisticated money laundering mechanisms, including the use of at least 12 bank accounts in the name of offshore companies. These companies were used by Odebrecht’s Department of Structured Operations (Department of bribes to be more explicit) to pay bribes of tens of millions of dollars, according to the Office of the Brazilian Attorney General.

On November 18 he was arrested by the Civil Guard of Spain in a luxury hotel in Madrid, following the activation of a search and arrest warrant issued by Interpol.

The Court of Curitiba (Brazil), which conducts the Lava Jato operation, has charged him with the alleged crimes of money laundering, bribery, and criminal association. Seven memory cards with key information were found in his possession at the moment of his detention.

The lawyer has remained in Spain for five months on parole and awaiting his extradition to Brazil is not executed. The Spanish website Sinfiltros.com managed to capture images of Duran walking through the streets of Madrid, specifically, when walking towards the building of the National Court to certify his provisional release.

“Let there be light” on the payment of bribes in Ecuador

On February 13, Duran gave statements as a witness on what is known of the Ecuadorian case, as part of the letters rogatory sent to Madrid. The lawyer replied to 18 questions issued by Prosecutor Maria Teresa Galvez, who leads the case.

The contribution of this informer is a minute order, in which it is stated an alleged payment of one million dollars to the former Minister of Electricity Alecksey Mosquera, described as a Politically Exposed Person (PEP).

The payment (one million dollars) was made through Klienfeld, an offshore used by Odebrecht to pay bribes.According to the minute order submitted by Duran, the type of operation described corresponds to the typical performed by the Brazilian multinational to pay bribes “in all countries through the BPA (Banca Privada d’Andorra).”

This bank charged commissions for these operations through its own company BPA Services and also paid to bank employees. From the account of Klienfeld the money was transferred to Tokyo Traders, a company of Marcelo Endara, a businessman who is currently under house arrest. From this account, part of the money (USD 920 000) was transferred to the Percy Trading account, whose beneficiary could be former Minister Mosquera, also arrested.

According to Tacla Duran, this operation “could date back from 2011,” because at that time Odebrecht managed that offshore. After 2012, AEON was used as an intermediary for payments between Kleinfeld and the companies owned by PEP.

Former Attorney General Galo Chiriboga dismissed these revelations by pointing out an “error” in the alleged relation between the million dollars and the Toachiproject. The awarding of the Toachi Pilaton project was in charge of Mosquera and the Governor of Pichincha Gustavo Baroja in 2007, but the construction started in June of 2011.

The names Gandolfo and Bessa came to light in 2008 when Correa ordered their expulsion from the country and the revocation of their visas after the government considered that the company did not comply with an adequate repair of the San Francisco hydroelectric central.

Truenergy, another national firm linked
A report released by the prosecution states that the million dollars was used to buy machinery in the United States and China, and then sold to the national firm Truenergy. This company was incorporated on October 23, 2009, and its shareholders are Antonio M. and Santiago J. The latter was Manager of the Special Road Projects Unit of the Public Metropolitan Company of Mobility and Public Works (EPMMOP for its Spanish acronym), during the term of former Mayor of Quito Augusto Barrera.

The administration of Barrera managed the contracting and execution of the Ruta Viva project, another work awarded to Odebrecht, through the EPMMOP. From October 10, 2012, Alecksey Mosquera features as Manager of Truenergy, but currently this firm created for fuel trade, is already in the phase of dissolution and liquidation, according to records of the Office for the Control of Business Organizations.

But during the permanence of Mera, the company did not register a great growth. In 2011, when the bribe was allegedly paid, tax revenues for USD 616.36 were recorded. Apparently, its operations were extended until 2014. On February 23 of this year, the Ecuadorian Prosecutor’s Office requested information from the authorities of the Principality of Andorra and is awaiting for their response, as well as the assistance from Brazil and Switzerland to clarify this case.

By the end of this month, it is expected that the documents on the Ecuadorian case, which have been kept secret, will be made public.