The international baccalaureate suspends the delivery of notes 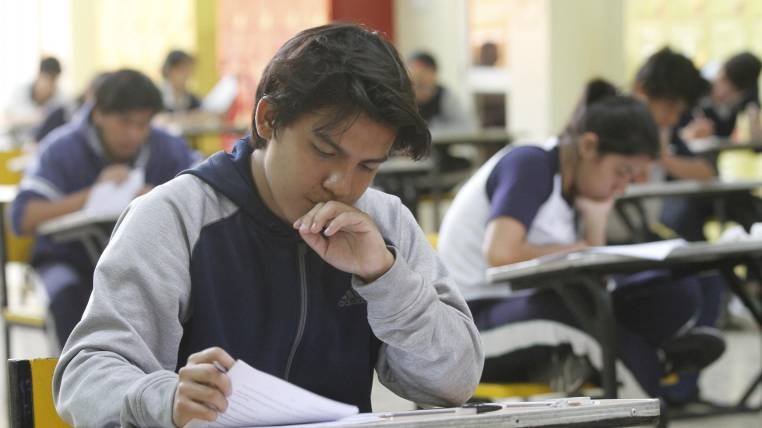 The communication was sent by the International Baccalaureate Organization (IBO) -which is based in Geneva- to the rectors of the schools that offer the program. It states that in Argentina, Bolivia, Chile, Costa Rica, Peru and Ecuador, students will have the ‘status pending’ in three subjects, until a possible plagiarism of the exams that were taken in November 2017 is investigated.

The news, released on January 3 in the country, fell like a bucket of cold water to the educational community (students, teachers and parents), especially the Costa regime, who expected the results of the tests on Friday January 5.

Biology, Mathematical Studies and Business Management in Spanish are the three subjects, whose contents were violated, without knowing the country where the ‘academic dishonesty’ occurred, nor the sanction mechanisms that will be applied to the culprits.

At the moment, the IBO carries out the investigations, whose results do not have a delivery date; but it does not set the notes to the schools that have the three subjects as part of the curriculum of the Diploma Program which is made up of six subject groups.

In public and private educational establishments with International Baccalaureate (IB) there is a lot of caution when talking about the problem, since they say that it is a topic that is in charge of the international organization. However, regret that this problem occurs in a process where there are many security controls with those tests that arrive in sealed envelopes from the same headquarters of the IBO and are opened on the same day of the evaluations.

The principals of the schools and the coordinators of the program, consulted by Diario EXPRESO, are convinced that plagiarism has not occurred in Ecuador; but they hope that the settlement of the grades will be done very soon, since high school graduates need to send their curricula to foreign universities where they want to continue their higher education, and the IB diploma is an added value to the requirements to be admitted. Whimper León, president of the Ecuadorian Association of Colleges with International Baccalaureate (Aseccbi) and coordinator of the BI at the American School of Guayaquil, describes as regrettable this situation that, he says, for the first time occurs in the world. He believes that high school graduates will not have problems to apply at foreign universities, since the IBO must explain, through a certificate, what happened and the research that develops.

Ana Lobato, coordinator of the IB at the Ecomundo school, says that there is a lot of calm on hercampus by students, managers and students. “The parents have reacted quite well and most agreed that you have to work on honesty.” Carmen Naumann, rector of the Polytechnic College, says that you should investigate thoroughly to not give advantages to those who do not deserve it.

While Patricia Ayala, rector of the Pan American High School, mentions that some form of evaluation should be analyzed so that students who applied for the full diploma are not harmed; that is, in the six subjects, since some of them will be pending and will only receive certificates for the subjects whose grades are already established.

A reference Ecuador is in third place in relation to the number of schools in general with IB, behind US and Canada.

It is taught in 139 countries. Graduate bachelors can apply to 3,000 universities around the world.

To obtain it, the student must collect 45 points, including tests, papers, monographs and the CAS. (I)