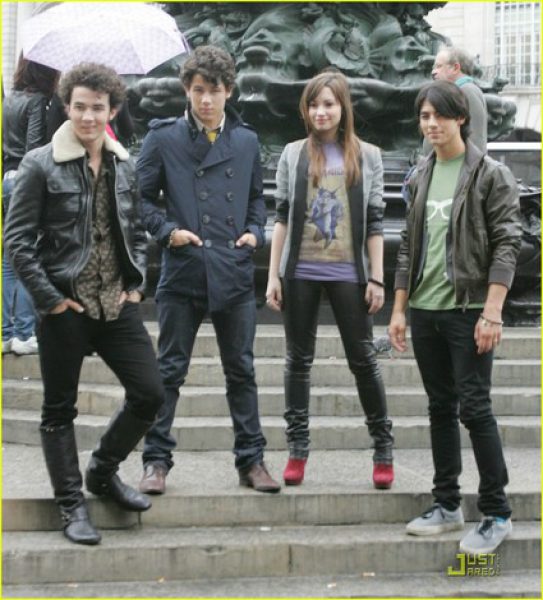 The Ecuadorian capital is to receive tomorrow –at 19:00— young stars Demi Lovato and the Jonas Brothers, who will give a two-hour concert. The artists will perform at the Atahualpa Olympic stadium.

The company Team Producciones (TP) contacted the agents of the singers in order to bring their show to Ecuador; it took two years to do so.

According Diego Jara, director of TP, the hiring cost was quite high, “one and a half years ago, we sent an offer and they rejected it. A year ago we tried again and they said no, but seven months ago we started to persuade them. People came (from Disney, the company that owns the artists) to check how the Ecuadorian market was and realized that we put a price, not because we wanted to save money, but because it is relative to the costs handled in the country,” said Jara.

Among the artists and production staff members, 147 people are arriving today to assemble the show.

Kevin, Joe and Nick Jonas will stay with Demi Lovato and other characters from Camp Rock at the Marriott Hotel in Quito “As there is only one presidential suite, they decided not to take it and make use of regular hotel suites,” said Jara, who also mentioned that the pop stars did not put demands on transportation or a specific water brand.

1,500 people have been hired for security control, including members of the National Police, Civil Defence, Traffic Police, private security and the artists’ own security staff.

The Jonas Brothers show is the largest show that has been held in Ecuador, the expectative is comparable to the one generated by the presentation of Bon Jovi or Guns N ‘Roses—in 1995 and in April of this year—.