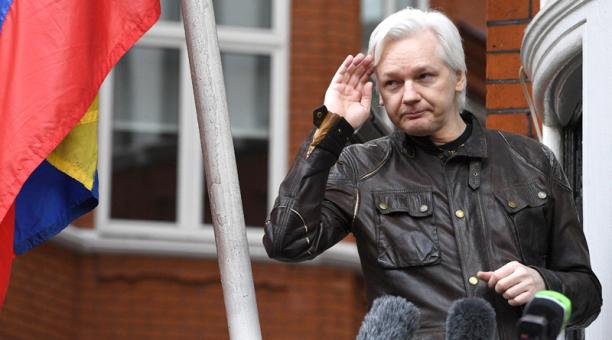 Julián Assange has hygiene problems. And apparently this was one of the reasons why Ecuador wanted to find a way, diplomatically, for the famous Australian hacker to leave the Embassy. Assange, founder of Wikileaks, remains in the Embassy of Ecuador in London, United Kingdom, since 2012 to avoid being extradited to Sweden where he is accused of rape and sexual abuse.

Members of the diplomatic corps would have complained about the Australian’s lack of hygiene and cleanliness. “It seems he does not bathe well,” a source told the British newspaper The Times. The women’s bathroom inside the Embassy house was converted into Assange’s room. The remaining bathroom is shared by the hacker with the staff of the Embassy.

Jérémie Zimmermann, friend and colleague of the Australian, said in an interview in 2012 that Assange is one of those people who do not like to shower and who can be with the same clothes for several days. Daniel Domscheit-Berg, another of his colleagues, added: “Julian eats everything with his hands and always cleans his hands on his pants, I have never seen such greasy pants in my life”. The founder of Wilileaks was granted Ecuadorian citizenship on December 12.

With the granting of citizenship, the Ecuadorian government tried to carry out a strategy that was frustrated to resolve the impasse in which the Australian is since 2012, when he entered the diplomatic headquarters escaping the Swedish and American courts, where he fears be extradited by the United Kingdom if he leaves the building. According to Foreign Minister María Fernanda Espinosa confirmed on Thursday, who in recent days has expressed interest in solving the “unsustainable” situation of WikiLeaks founder, after the naturalization, the Ecuadorian government asked London to recognize Assange as “diplomatic agent ” “This request was denied on December 21,” the diplomat added, explaining that Ecuador will not insist on this route, which was designed to “increase” Assange’s protection possibilities.

“The aim has been to allow Assange enjoy privileges and immunities granted by the Vienna Convention on diplomatic agents, and that has been immediately rejected by the United Kingdom, which has considered it an artificial way to circumvent the provisions of international law, “explained former Ecuadorian Foreign Minister José Ayala Lasso. (I)