The Largest Explosion Ever Seen In The Universe Has Been Detected 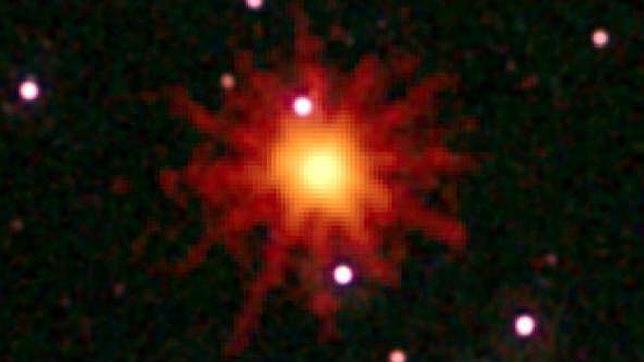 The biggest explosion ever detected in the Universe was discovered by the Swift space observatory, NASA, ten days ago. Astronomers thought it was a supernova and that its brightness would gradually disappear in a few hours, however, it has not shown any signs of weakening. Experts believe that a star is being literally destroyed by a black hole.

At the time, the explosion is going through a phase of successive bursts, there have been five of these huge flares since April 3rd. “We know objects in our own galaxy that can cause successive fires” says Andrew Fruchter of the Science Institute of Space Telescopes in Baltimore, but they are billions of times less powerful than strong flashes we’re seeing. it’s really extraordinary.”

The phenomenon has been dubbed GRB 110328A and NASA give its best telescopes (Swift, Hubble and Chandra) for monitoring it. Among the three telescopes, the explosion can be evaluated in ultraviolet, visible light and X-ray ranges.

“We think there is a dormant black hole there – says astrophysicist Neil Gehrels, Swift principal investigator for the telescope at the Goddard Space Center, and that the black hole is absorbing matter, probably from a star that’s falling inside.”

It is hypothesized that the phenomenon occurred like this: A star was too close to a black hole that, as in most galaxies, was in the center of this particular galaxy, and was caught by an irresistible gravitational force. The star’s gas began to be absorbed by the black hole in a process that releases huge amounts of energy in the form of high energy particles that spread out in spurts.