The Last of the Tunisian Ministers Resigns 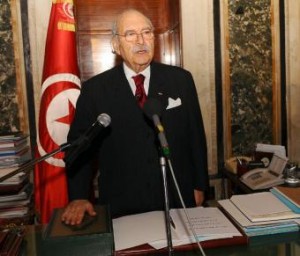 The president Fuad Mebaza proposed yesterday a thorough government modification, starting by replacing a dozen of ministers that abandoned the Cabinet. What is more important is who is going to be replaced; the first ones to go are the hated Minister of Interior, Defense and Foreign relations, the former members of the Democratic Constitutional Regrouping (DCR), the political party of the former Tunisia president Zine el Abidine Ben Ali.

The Prime Minister, Mohamed Ghannouchi would maintain his charge. Meanwhile Ahmed Fria of Interior; Kamel Morjane, Foreign Minister, and Reda Grira, head of defense would be out of the Cabinet. Morjane announced his resignation while authorities tried to detain the civil unrest in the streets. The statement was made by the TAP news agency; quoting the Foreign ministers resignation was for the best interest of Tunisia.