The low flights from the Gulf of Guayaquil 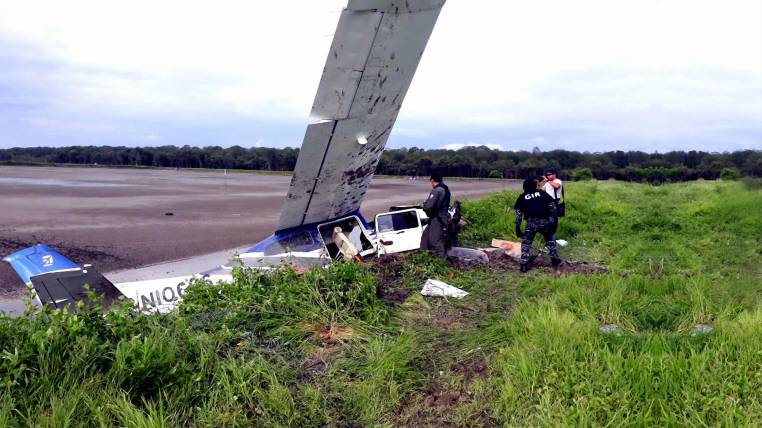 The accident of a Cessna plane, of fake Mexican registration in the Gulf of Guayaquil and two Mexican pilots sentenced years before for drug trafficking, showed an unknown reality: that in this sector there are clues that allow the landing of small planes.

How many clandestine tracks are there? A question still unanswered in the competent entities that initiated an investigation, since the Directorate of Civil Aviation has only registered 206 private tracks and 13 national ones at the national level. Of the private ones, 79 are in the province of Guayas, 26 in Los Ríos and another four in Santa Elena.

But the problem is not the legal clues, but the clandestine ones of which 2,500 were counted in 2015 at the national level, some without any type of security, which can be used for illicit activities such as drug trafficking.

In February of that year, the then Minister of the Interior, José Serrano, announced the destruction of these clandestine airstrips, beginning with the 15 that were of the disappeared National Banana Program.

What was been done? There are no records in the Ministry of Interior of the tracks destroyed during the last three years. Nor are there statistics that indicate if more have been detected since then and what are the controls established for them.

“There are clandestine tracks in the Gulf of Guayaquil. They do not know why they use them, but they have been built, “a fisherman from the Gulf area who requested anonymity told this newspaper. He and his neighbors, who have been working in this sector for years, have heard about unusual activities with small planes, mostly on weekends.

He said that the presence of light aircraft, at low flights, began to be seen in mid-2012 in the sector of Mondragón Island. It was in February 2013 when the locals first called the emergency services and the police to report that they had seen the fall of a small plane through the Matorrillo sector.

The search was made, but neither the aircraft nor any company reported the disappearance of any aircraft, so it was thought that it was a mistake.

The accident of the Cessna, with false registration NIO0666 of Mexico, registered eight days ago, happened in the same sector where crabbers and fishermen of the area have seen flying low-altitude planes before.

On that occasion, the aircraft could be located because of its presence the Air Force had been alerted, after a 45-minute follow-up by the radar that showed its location 17 miles from Guayaquil.

The captain of the Port of Guayaquil, Juan Líger, said that the Navy does not have reports of the presence of aircraft in the gulf, since that work falls to the Ecuadorian Air Force, which cares for the airspace, and the Civil Aviation Directorate, which is in charge of granting permits for the operation of the tracks. However, remember how strategic the Gulf of Guayaquil is for its proximity to Peru.

The gulf, composed of a swarm of islands, islets and canals, can be reached by river by multiple routes from the banks of the provinces of El Oro, Guayas and Santa Elena, where there are large areas of banana plantations and shrimp farms, some of which have runways.

In December of last year, a small plane loaded with 350 packages of cocaine was held on the track of a hacienda in Balao, near the Gulf of Guayaquil.

In both cases, the planes have been of the Cessna type because they can land on short tracks, between 300 and 700 meters long. And in addition, they can move to a height of 500 meters to avoid radars.

Between May 2012 and December 2014, eight small planes, six of Mexican origin, were confiscated for drug trafficking; some were loaded.

In 2013, four clandestine airstrips were detected near the beach or on farms near the sea. The landing of airplanes has happened even on roads. (I)