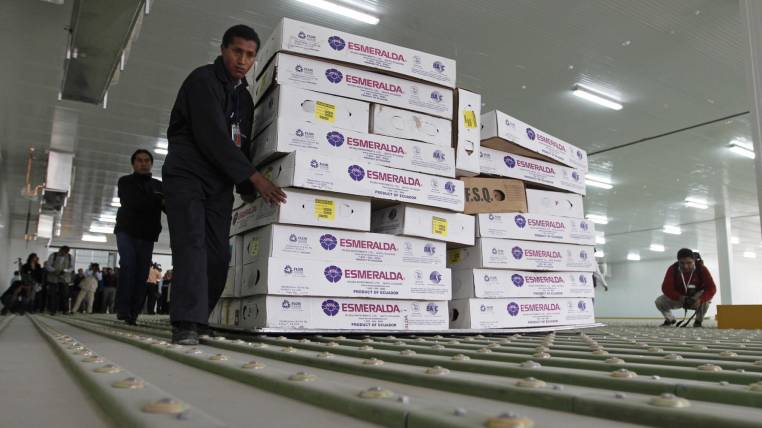 The lack of competitiveness of Ecuadorian exports is not only hindered by the high cost of inputs and labor, but also by the supply of flights that is affecting 20% of the country’s exportable supply and using the airway to reach the final destination.

The problem gets worse, say the businessmen, when there are high seasons of shipments, as has been happening in these weeks with flowers. Prior to Mother’s Day, the floriculturist sector is ready to sell 11,573 tons of flowers, but a low supply in the service has been slowing down the schedule of shipments at the Quito airport and, according to some exporters, has increased it by as much as 50% the cost of this service.

“We have noticed that the airlines are not having enough commitment to cover this demand. We are concerned that prior to each season, we are told that their aircraft are in maintenance because that makes the supply of transport lower, “says Pablo Mantilla, president of the Ecuadorian Association of Logistics Loads Agencies (Aseaci). A problem that, he says, not only generates losses to the whole chain of the floriculture sector, which is equivalent to 70% of the exportable cargo of the country that goes by air, but to other sectors such as fishing, fruit, crafts, who use the same transportation alternative. “When there is such a large demand in those seasons, the other merchandise is definitely affected as well, because they are lagging behind due to the priority demand of such a perishable product as the flower”.

In the case of fresh fish, the majority of the offer comes from the Guayaquil airport. EXPRESO tried to dialogue with representatives of the Airport Terminal of Guayaquil (Tagsa) to find out if there was any inconvenience in the dispatch process, but this information could not be accessed. However, complaints about the lack of air service arrive from Manta, the main place of origin of this export product.

Lucía Fernández, president of the Chamber of Commerce of this Manabi canton, maintains that the fishing capital has not been able to resume the air service that it lost since 2008. The dorado, the swordfish, the tuna that leaves from Manta and other coastal areas of Manabí must first pass through Guayaquil, where, for periods, he says, quotas are usually required to be able to export and where export work is increasing. “We have to thaw the fish and pack it to transport it. Being there, the merchandise is reviewed, for that you must open the packaging, re-manipulate the product causing it to lose quality “. To this, he adds, the costs are added. Just transporting a Manta container to Guayaquil costs up to $ 1,200. “Then it is something that is making the product more expensive and reducing competitiveness on an international level,” he explains.

The Association of Representatives of Airlines in Ecuador (Arlae) undertook to give an interview to this newspaper today. The complaints of the exporters point to a lack of commitment on the part of these companies to operate in this market. Gino Descalzi, vice president of Expoflores, admits that this is partly because they do not see Ecuador as an attractive market. There are airlines that, he says, prefer to serve neighboring markets such as Peru, where the export of products, such as asparagus, gives them greater profitability.

For Daniel Legarda, president of the Federation of Exporters, this problem speaks of the need to continue promoting the policy of open skies offered by the current Government. The relaxation of the paperwork is already a point in favor for more flights to arrive in Ecuador. (I)