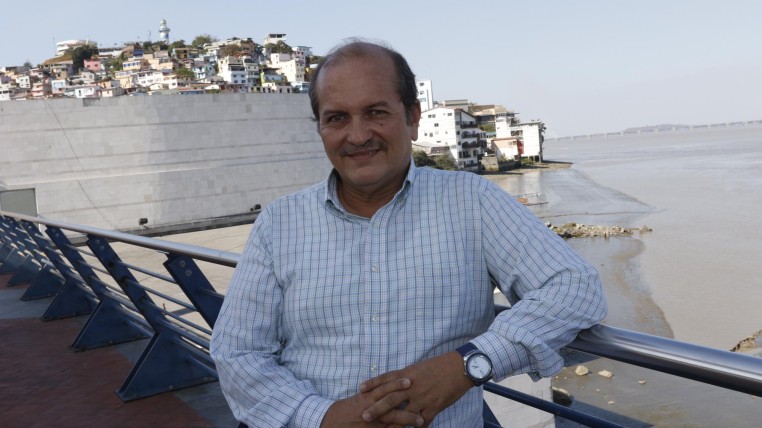 Painter Joaquín Serrano never liked the “souvenir” image of the city.
The Guayaquil that exists in his works has much of the less touristy part of the city: the noise, the chaos, its marginal areas, the river.
“Guayaquil has several contexts that go beyond that postal image that we have. These works try to overcome our prejudices, to show the city in all its dimensions,” he stated.
The painter, who studied architecture before dedicating himself to art, adds that the city “is not a rigid entity,” and that is a benefit when looking for inspiration.
“My works,” he says, “see the city as a living phenomenon, in constant movement and growth, the product of construction and deconstruction at the same time.”

The Guayaquil presented by Serrano will be exhibited at the Artspot International Fair, a prestigious plastic arts event that is held annually in Miami since 2012, and which is part of the Art Basel, a classic artistic event that annually attracts about 40,000 visitors.

This is the second time the artist takes his work to the United States. Previously, the professor at the University of the Arts has exhibited in Houston, Texas, as well as in other Latin American and European countries.
However, for Serrano, this is his second exhibition in two years, after an extended period of inactivity.

Three young Ecuadorians were recognized by the MIT Technology Review