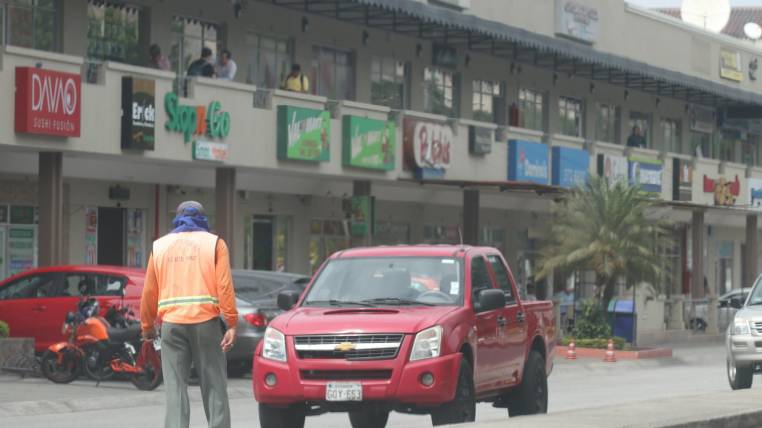 The caretakers of cars have taken over the public parking in the city and the Municipality recognizes it.

“We must undertake a regularization with the theme of the famous ‘car drivers’ who have gone from car care to sell public spaces in the city,” said yesterday morning Mayor Jaime Nebot in his weekly link.

According to Nebot, the situation has worsened due to the economic crisis and lack of employment in the country, but he assured that they will definitely take measures to prevent the problem from continuing to expand into “mafias that are not tolerable.”

The measure is taken after, by means of two reports, EXPRESO will show the annoyance that the citizens have in front of the number of car caretakers that appropriate the parking spaces in several sectors of the city and that, in addition, in many of the cases, they demand fixed and unreasonable rates.

A situation that is palpable in citadels such as Kennedy, Urdesa, Garzota, Alborada, on the way to the coast and most of the streets in the center of the city. Even, several of these caretakers roam the streets surrounding Puerto Santa Ana, where the Municipality has installed parking meters.

“When there is no place to park, they take advantage of and enable spaces to collect. Spend more weekends and during the night. Now one has to separate the budget for each car dealership that is “, says Ligia Tandazo, who works in one of the restaurants in the area.

For now, the Cabildo manages three strategies that aim to punish offenders and choose one would join the penalty already put by the Municipal Transit Authority to those who place obstacles on public roads. The first is a campaign, the second, constant operations and the third, and the most option to win: an ordinance.

“First we would have to make a census of the number of franeleros that there are, where are the critical areas in which the issue of control has been overrun with abusive rates and in which it will intervene first. That will be done in the coming days, “explains Jorge Rodríguez, municipal spokesman.

After that, there would be a meeting with heads of departments in which the way forward will be determined. The idea, according to Rodriguez, is that the measure applied is so broad that it includes “specifications and sanctions” and that it adds to other institutions such as the National Police. “The issue of tariffs is a little complicated to be able to regulate when it comes to such an informal transaction, so on the street  the joint strategy that is delimited will have to define all of that,” says Rodríguez.

If the ordinance is chosen as the most appropriate measure, the issue will be discussed in the next few weeks in the Cantonal Council. Voices Galo Ortega, user of parking definitely there should be an ordinance that eliminates them. It is not possible to appropriate parking. We should have the freedom to park where we want. Martha Araujo, parking user In Delta Street, in the Bolivarian citadel, there are these types who appropriate the spaces and fill the street without allowing the customers to park when they go to a copy shop. (I)

The mantenses prepared for the refinery that has not yet arrived