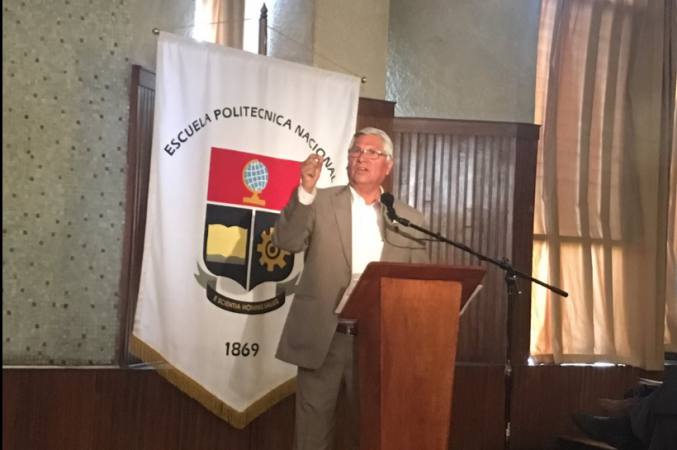 Dr. Luis Horna, a mathematician at the National Polytechnic School (EPN for its Spanish acronym), said this morning that the National Electoral Council was the one that on Sunday, April 2 provided sample data to do the quick count.

He clarified that the call center that received the information of the minutes was not under the control or administration of the EPN.

In his statements, Horna said that the sample was made by them according to the statutes of the CNE contract, but the electoral body itself elaborated its own form to obtain the results, that were later transferred “by telephone to the call center, to the call center database.” The information that arrived at the call center is the one we used for the processing of data, the mathematician confirmed.
Source: http://www.eluniverso.com/noticias/2017/04/05/nota/6124757/politecnica-nacional-aclara-que-informacion-actas-no-estuvo-bajo-su

Protests against Lenín Moreno convulse the hyper center of Quito

Rafael Correa accuses US hackers Of ‘attacking’ the CNE website