The new appraisals, available from this February 19 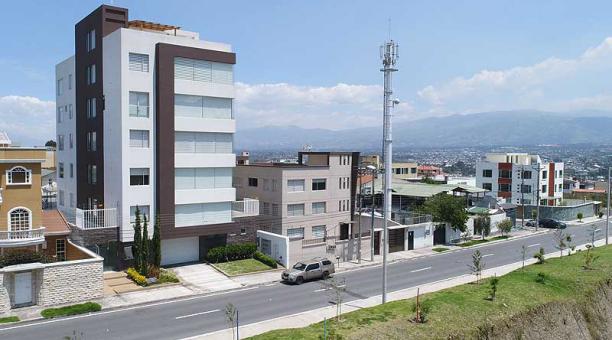 From today, February 19, 2018, the citizens of Quito will be able to choose between maintaining their cadastral valuation in the value registered from January 1 or accessing the reassessment.

According to Miguel Dávila, general administrator of the Municipality, the information will be on the website www.quito.gob.ec and it will be necessary to provide an email address to receive details on the valuation of properties as well as the tax payable.

Dávila explains that if a person has three assets, for example, he may choose to have two of them revalued and one to keep the original value. The information of the first two will appear on the screen and will also reach the mail.

The first is to request an immediate refund, for which a form must be downloaded and delivered to the Municipality or to the zonal administrations. It is an agreement for the use of electronic means, which is the prerequisite for entering the bank account number in which the money will be received.

The second is to leave the amount in the coffers of the municipality, so that the money is a payment of property tax next year. Within nine days of the end of the second month of the year, Quito will begin its process of payment of the property tax and additional fees. It happens because at the beginning of the year there were claims for exaggerated increases in appraisals, which translated into considerable increases in the property.

Mayor Mauricio Rodas set a one month deadline, which expired on February 8, for the securities review. That day it was announced that the process was completed on time, but that the information would be available today.

For the tax analyst Napoleón Santamaría, what happened is regrettable. The property is the “king tax, the central tax that all cities in the world have”. Therefore, it considers that the management of the revaluation of properties in Quito, based on what is available in the Cootad, should have been handled with greater moderation and technicality, to make definitive decisions regarding the values that would be charged on that basis and avoid problems like Quito.

The analyst says that the Municipality “did not carry out a previous exercise to evaluate the impact” for citizens. The announcement by the Cabildo of a decrease in the appraisal of 90% of properties shows that the procedure was “incorrect and unlawful”, because there are even cases of undue payments, for which “administrative sanctions are necessary”.

According to the Municipality, the revaluation was affected by the fluctuation in the real estate market. Dávila points out that both the Goodwill Law and the economic situation of the country influenced the process of approximation of the cadastre to the value of the market and appraisals were set above the commercial value.

“When Mayor Mauricio Rodas felt the citizen’s requirement and sensitive to that, he ordered that this adjustment of values be made.” For the professor of the Espol, of Guayaquil, Fabián Soriano, having an updated cadastre is necessary both for the Municipality and for the citizenship, because having a value close to the real one not only serves to have a real record of the values, but that facilitates property sales. In Guayaquil, the biannual revaluation was made, as Cootad states, but the tax was avoided.

Soriano states that it is normal for people to react to a revaluation because this, in most cases, involves a higher payment, but when the process is technical and citizens see clear improvements in the city and the sector where they live, pay without problems your taxes.

Delays in collection due to situations such as the one that occurred in Quito due to the revision may affect finances. Although the property is not the largest income of a city, Soriano explains that a Cabildo is managed under a funded budget. If you do not receive the money on a scheduled date, you must resort to loans or take money from other areas. (I)