The new zonification for the Galapagos Islands in effect 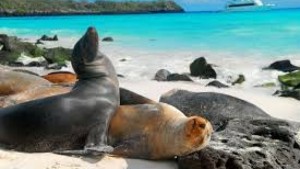 According to the document, the islands now have four large distinct areas: Intangible, Conservation and Sustainable Utilization and Transition. And in each of them there are permissible and impermissible activities, in order to preserve them.

Minister Ortega said that the agreement includes a transitional provision to be executed, within 90 days, the agreements reached between the Galapagos artisanal fisheries sector and national government representatives.

According to Environment, among the benefits of the new Zoning System it is the integration of the spatial arrangement of the National Park and Marine Reserve.

Agents investigated by transfers network belonged to the Intelligence unit