The ‘No’ wins in Scotland 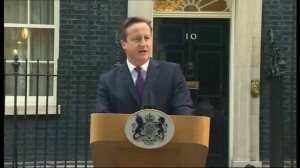 With 55% of votes compared to 45% (two million ballots vs. 1.6 million), the No won in the referendum for Scottish independence. The Yes won in Glasgow and Dundee but as predicted, the most affluent areas of Scotland voted to remain being part of the United Kingdom.

The Prime Minister and leader of the independence movement in Scotland, Alex Salmond, accepted the defeat and appealed to the country’s unity.

“I accept the verdict of the people and call all the Scottish to follow and accept the democratic will of Scottish. But there has been a substantial vote in favor of the independence of this country in the future,” said Salmond.

“All Scotland expects to be honored quickly the promise of unionist parties to transfer more power to Scotland,” he said.

The participation in this referendum exceeded 85%.

The leader of the campaign for the No, Alistair Darling, meanwhile said: “We have submitted our arguments and we won. Silence has won,” he said ironically.