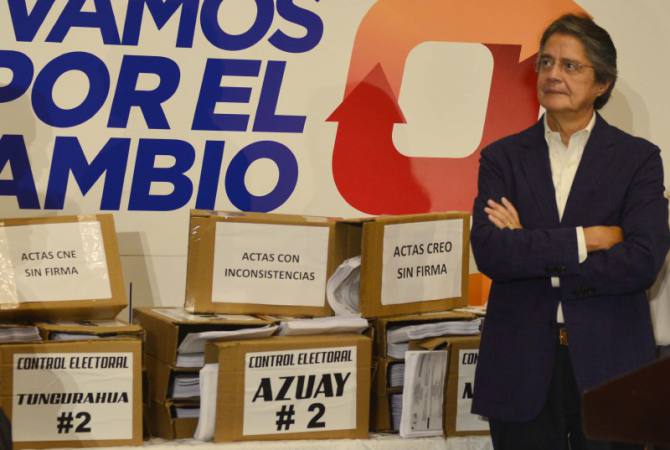 The Office of the Provincial Prosecutor of Pichincha called the presidential binomial of the CREO-SUMA alliance, Guillermo Lasso, and Andrés Páez, to render their free and voluntary version in the Cedatos investigation.

The Prosecutor’s Office began the investigation based on a complaint filed by Legislator Rosanna Alvarado, who accused the Cedatos pollster company of allegedly disclosing false exit poll results in the first round of elections.
The alleged crime that is investigated is the forgery and use of forged documents, established by the Integrated Criminal Code (COIP).
Ecuavisa´s news anchor, Alfonso Espinosa de los Monteros, was also summoned for tomorrow, at 10:00.
Ecuavisa was one of the channels that broadcast the exit poll results of the company on February 19. So did Teleamazonas and Canal Uno.