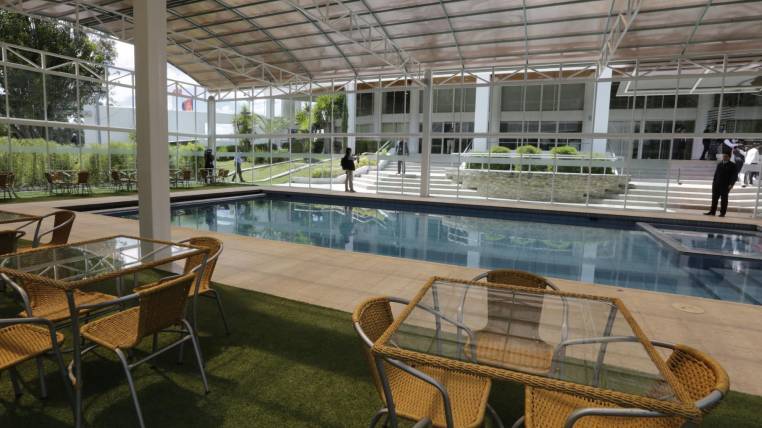 The expenses are counted by millions. In the last five years, the National Intelligence Secretariat (Senain) has managed at least 284.7 million dollars in its institutional budget. The use of these resources will be reviewed, again, by the Comptroller General’s Office, as it was advanced yesterday by EXPRESO.

The entity will “audit” the audit done by the former Comptroller, Carlos Pólit, and which corresponds to the 2012-2017 period.

A part of this review will be the exclusive responsibility of the surrogate controller, Pablo Celi. By legal provision, he is responsible for verifying the use of “special expenses for intelligence and counterintelligence activities for internal protection, maintenance of public order and national defense.”

The Senain, says the Security Law, has a permanent fund for these activities. The amount, adds that same norm, “will be of public access, not the assignments of the expenses that will be classified information“. That amount, despite what the norm says, is not public.

In 2017 alone, the secretariat published a breakdown of its expenditures, although it did not detail the item for “intelligence and counterintelligence operations”

Precisely, the fate of these reserved resources has been, in recent years, cause for controversy. In September, this newspaper published a series of reports that showed how the Secretariat kept under surveillance the opposition parties and social movements critical of the government of Rafael Correa. The reports also showed how the Senain financed election polls and defined strategies for approval of standards in the Assembly.

Where did the public resources go? For security reasons, the Senain keeps the recipients and even the payroll of its officials under reserve, although it will have to inform the comptroller.

The previous examination to the accounts of the Senain in the time of Polit (made public by the political activist, Fernando Villavicencio) gives some clues of the irregularities in the payment with reserved funds.

The Secretariat, for example, would have paid 41,500 dollars to a Spanish citizen for the purchase of information. The payments were made in Montevideo. The Comptroller requested a certification to the Embassy of Spain that found no trace of that citizen. The same happened with the payment of 1,800.00 that was made for the rental of a vehicle.

The money was withdrawn by a person who does not appear in the bases of the Civil Registry, says the document.

The reserved funds also served, according to a document revealed yesterday, to hire for 582,000 dollars the execution of a survey of intention to vote in 2014, in the operation called Hermes. The contract would have been signed with the pollster Ciess, directed by Tatiana Larrea.

The environmental group took the Secretary of Intelligence, Rommy Vallejo, to the Prosecutor’s Office. As EXPRESO published, in September, the process of collecting signatures for a popular consultation, organized by the collective Yasunidos, was followed closely by the spies of the Secretariat. They took the case to justice.

According to a complaint that was delivered, on Monday, to the surrogate prosecutor, Thania Moreno, with reserved expenses, the salaries of three commissioners charged with investigating the 30S police revolt were also paid. One of the indicated ones is the public prosecutor Carlos Baca that denied that accusation. (I)

Associative crops are a development option