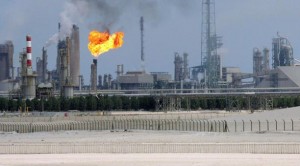 The Organization of Petroleum Exporting Countries (OPEC) will held this week in Vienna the second regular session of 2014, after the biggest drop in prices since 2008.

The group comprised by 12 producing countries, being Ecuador part of it, faces from the middle of 2014 an almost uninterrupted decline of the oil barrel as a result of the increasing Oil Shale extraction in the US and by the global economic slowdown.

A barrel of West Texas Intermediate (WTI) crude kind, from which the Ecuadorian crude takes reference, closed this Friday at USD 76.51 per barrel when in the past three years it had not fallen from USD 95.

This situation has affected the sale of Ecuadorian oil. According to the National Information System, the crude oil was estimated at November 18, in USD 64,41. Last week the Assembly adopted the General State Budget, whose funding detailed with an estimated price of USD 79,9 per oil barrel.

The Manager of International Trade of Petroecuador, Nielsen Arias, said in the Assembly that the OPEC meeting would be key to Ecuador, since oil respresents 11% of government revenues without considering the import of derivatives such as gas and gasoline which are subsidized. With them, this percentage exceeds the 20%.