The relationship between human beings and nature , which coexist in a territory as exuberant as it is fragile, is a subject that the filmmaker Gustavo Yánez addresses in his documentary ‘ Galapagos: paradise in loss ‘. 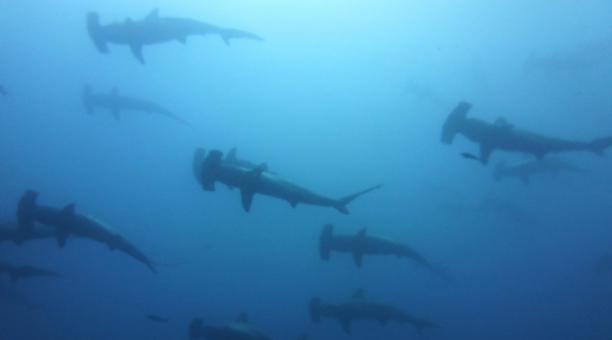 Through his camera, Yánez undertakes a record that moves away from the traditional environmental and tourist documentaries , to focus on the social, economic and political situation on the islands.

“What the documentary seeks is to put on the table a series of questions that arise from the testimony of the Galapagos residents themselves, ” says Sebastián Benalcázar , from Peacock Films. He obtained a fund from the Institute for the Promotion of Creativity and Innovation for the distribution of the film in the country.

In this context, says Benalcázar , the film questions what path to follow to reach a balanced state of coexistence between man and nature, which allows the conservation of the archipelago .

The film analyzes the impact of human activity on the islands. Photo: Courtesy Peacock Films

Yánez filmed the documentary in 2016 and subsequently partnered with ‘Pocho’ Álvarez , who entered the project as co-director. The two of them reviewed the material, analyzed themes and characters to develop the narrative structure in post-production .

“It is time to demystify that Galapagos is a paradise that remains in pristine conditions,” says Álvarez about a region that was declared a Natural Heritage of Humanity in 1978, but whose ecosystems are under permanent pressure.

The contrast of settings and the diversity of voices carry the narrative thread of this feature film. The beauty of the landscape and the biological wealth of the archipelago, which this month celebrates its 48th anniversary as a province , contrast with the impact of human activity, evidenced in issues such as transportation, access to basic services or solid waste management.

In the testimony of the settlers , divided criteria are revealed regarding public policies for tourist and fishing exploitation of the islands or population growth.

Álvarez explains that the film intends to open the dialogue about the responsibility that society and the State have with a natural sanctuary whose value goes beyond national borders. “The great dilemma posed by this documentary is whether we bet on the natural sanctuary that has made us known throughout the world or we bet on modernity, which carries a great environmental impact.”

The film will premiere on February 12 in Santa Cruz and in San Cristóbal on February 18, while the last week of February will be screened in theaters in Quito, Guayaquil and Cuenca . Then he will go to festivals.