The peninsula diversifies its production 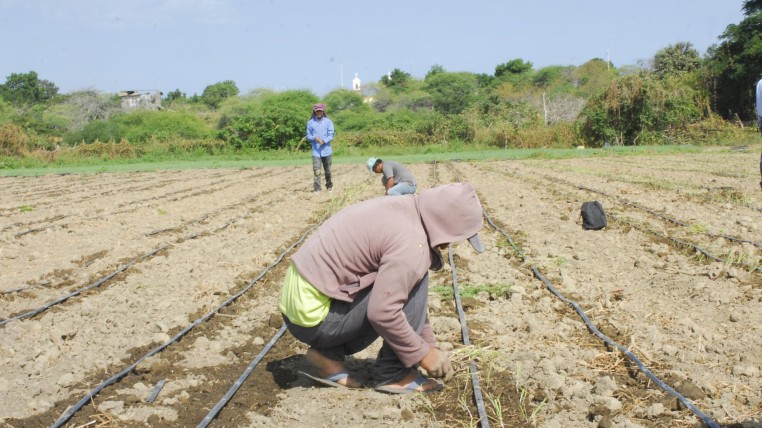 Until a few years ago, the total production of red onions, substantial for the Ecuadorian gastronomy, was grown in the highlands. That story has changed since the water irrigation reached the San Vicente, La Clementina, and Colonche towns, in Santa Elena.

Tomatoes and peppers are not the only crops, but onions, lima beans and watermelons are also harvested in some of these immense valleys of the peninsula, which have diversified the incomes of farmers, many of whom have taken advantage of the infrastructure of the Agricultural, Environmental and Social Integral Sustainable Development Project of Ecuador (Pidaasse).

Contrary to what happens in the rest of the country, where monoculture (rice, corn, banana, oil palm) predominate, Santa Elena has an option that helps to improve the economic income and the ground, because some of the crops improve it, according to technicians who have worked for more than 25 years in the irrigated area.

IESS apologizes and sets a plan for affiliates with disabilities