The player Énner Valencia is reunited with his daughter in Miami

Énner Valencia hugged his 7-year-old daughter in a corridor of a reception center in the United States (USA).

The Ecuadorian soccer player arrived on Wednesday, October 30, 2019 in Miami to rescue the minor, who remained in place for three days. In a 14-second video the moment of reunion was recorded; That record was disseminated by Gonzalo Vargas, the soccer player’s representative, on his Twitter account on Wednesday night. 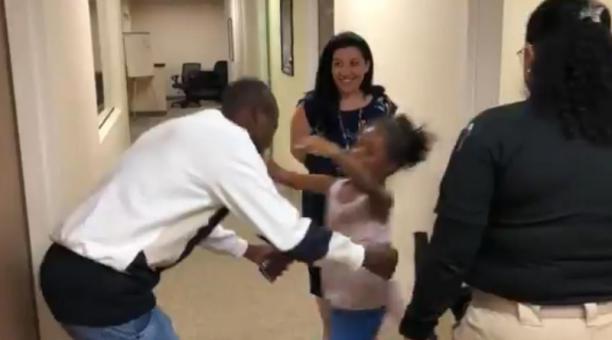 The player Énner Valencia is reunited with his daughter in Miami

“Yesterday (Tuesday, October 29, 2019) in the morning in Mexico his son David was born and today he traveled to the US early in the morning. by Beira. His family, his struggle, ”Vargas published next to the video.

The little girl arrived at the shelter on Sunday, October 27 after her mother and her boyfriend were arrested and prosecuted in Broward County (Miami) for alleged child abuse without major bodily harm.

According to the US authorities, the child under 7 years old was found in a car in a parking lot while the couple was at the Seminole Hard Rock casino.

The defendants appeared at the Broward Court on Monday, October 28. There a bond of USD 5,000 was set for each.

The next hearing in this case is expected to be on November 6, Telemundo 51 said. The woman also lost temporary custody of her daughter. The couple and the girl arrived in the US for vacations.

Zoos offer a jungle trip in one day