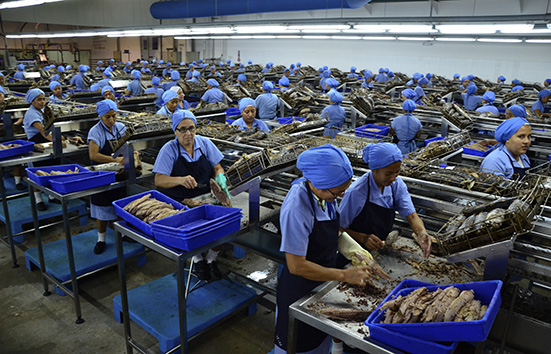 Several foreign specialized digital media, like Intrafish and Dealstreetasia, take for granted a “negotiation” that would have started earlier this year. Daily Expreso confirmed with seafood executives, that executives of Thai Union were in Guayaquil and visited not only the Nirsa plant in Posorja, but the Spanish group Albacora (Salica of Ecuador), but they noted that “Nirsa is not for sale.”

“Thai Union wants to expand in Latin America, and who more than Negocios Industriales Real (Nirsa) to make that great leap into the region,” reports Intrafish and the National Chamber of Aquaculture on their websites. Expreso declined to confirm the alleged talks with Roberto Aguirre, president of Nirsa, but it was not possible. His press office said that today he would issue an official statement.

“The Thai Union group expresses its interes in buying the seafood processor of Ecuador, Nirsa, as part of its expansion plans in South America, a region where the Thai giant does not have operations,” notes Intrafish.

Thai Union has expanded inti Europe and the US, but it has not yet entered into Latin America. If it is able to conclude this agreement, this will be a significant expansion, since Nirsa is one of the largest processors of tuna and shrimp in Ecuador and South America.