The presales fence the Government 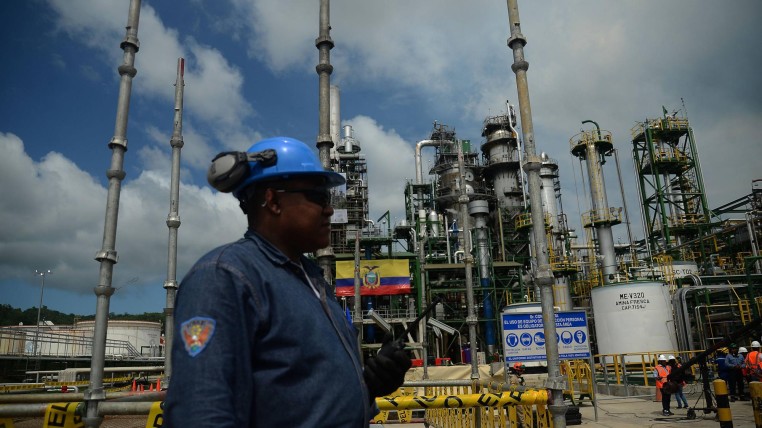 Two speeches. Ecuador made the decision to renegotiate its oil presale contracts with China and Thailand. At least that’s what the sector authorities say. At the same time, however, communications are maintained with Asian companies guaranteeing respect for the agreements that, according to the Comptroller of the State, are harmful to the country. The newspaper EXPRESO had access to a letter signed by the new general manager of the public company Petroecuador, Carlos Tejada, assuring that the last contract with Petrochina will be fulfilled as it was established on April 29, 2016.

That day, the then CEO of Petrochina Petroecuador, Pedro Merizalde, committed 181.4 million barrels of Ecuadorian crude to China. Landings, says the document, will begin on April 1 of next year and end on April 1, 2024. In return, Ecuador will receive 2,000 million dollars as a loan. Of that amount, up to September of this year, 1,629 million dollars were already delivered. That is, there are 371 million left to receive. According to the 2018 budget, the government expects to sell its oil at $ 41.92.

At that price, the amount committed to Petrochina would add 7,605.9 million dollars around 5,605.9 million more than what was lent. It is not the only affectation for the country. Since November 19, this Journal published all the numbers against Ecuador. He even made public reports of the Comptroller’s Office that speak of damages of over 47 million dollars. All consecrated during the Government of former President Rafael Correa and under the supervision, as delegate of the Executive, of the vice president without functions, Jorge Glas.

The inequality in prices of crude oil, payment terms and interest of Chinese companies (which averages 7%) motivated the former manager of Petroecuador, Byron Ojeda, to seek a renegotiation. He started the talks but, shortly after the announcement, he was separated from the position. Carlos Pérez, Minister of Hydrocarbons, assured that the departure of Ojeda did not diminish the desire to renegotiate. He delegated that assignment to Gustavo Larrea’s vice-minister and brother, Patricio Larrea.

Last week, Pérez, in conversation with EXPRESO, assured that in 2018 he will sit down to renegotiate with Petrochina. There are, counted, meetings agreed with that company and with Unipec, another Chinese state that has contracts of anticipated sale for 182 million barrels. Perez said that the best interests of the country will be sought in the talks.

The letter from Tejada, signed on November 24 and written in English, states otherwise. Talk about maintaining and respecting conditions. The text is addressed to the Undersecretary of Public Financing of the Ministry of Finance, William Vásconez. From there it would be sent to interested parties in China.

When consulting the Ministry of Hydrocarbons for the contradiction of the letter, Perez said that “suddenly the letter is misspelled in English.”

He also explained that the government does not want to scare the market. That is why it is offered to renegotiate companies respecting the “contractual framework”.

Hydrocarbons, however, put another brake on the talks with China and Thailand. Although until last month there was talk of repurchasing the debt to release Ecuadorian crude, that alternative is now unfeasible. Pérez said that three of the eight contracts cannot be repurchased because, regardless of whether the acquired debt is paid, the committed oil would continue to ship to Asian companies. An absurdity signed in the Government of the self-styled citizen’s revolution. (I)