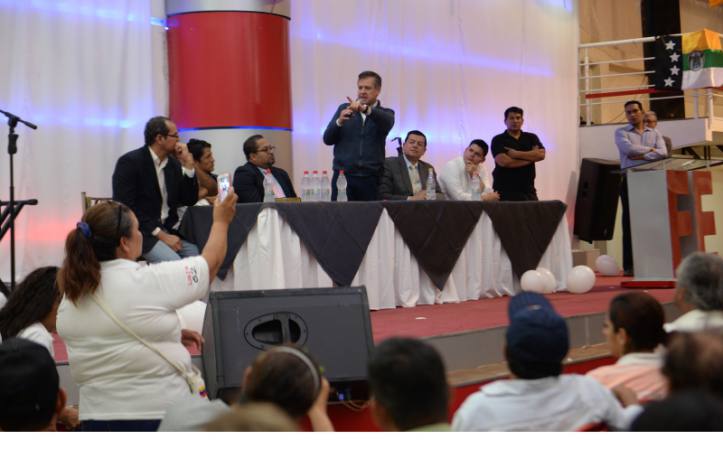 Interviews with various media, marches, and concentrations in Guayaquil and Duran and a conversation table with representatives from different organizations were part of the programme met yesterday by the CREO-SUMA alliance, made up of Guillermo Lasso and Andres Paez.

Lasso led a march at the Guasmo Sur neighborhood past midday, while in the morning Paez participated in a conversation organized by the provincial political movement Generation.
Leaders from various social organizations, trade unions, entrepreneurs, students, and doctors were part of the audience that took the opportunity to raise proposals on issues related to the Education Law, Animal Protection Laws, the Senescyt, Scholarships, among others.
Summoning a referendum and the audit of the ten years of Correa´s government was raised by Paez. “There have to be more and better national and international scholarships, but we will make sure that was has happened with a kid who requested a scholarship, who met the requirements, but in the end was denied to access this benefit because of his tweets against the government, does not happen anymore,” he said.
Paez denied that there were any discrepancies within the alliance. “What happens is that I am an old politician and I like to make a goos use of the time. (…), while he (Lasso) walks on one side I have to walk on the other, my contribution here is to save this country from a dictatorship,” he said.