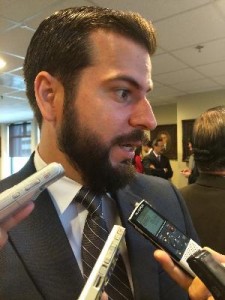 Pablo Arosemena, President of the Guayaquil Chamber of Commerce, on the new labor code, said “Nobody talked with us,” and noted that it does not promote equality or equity.

Arosemena referred to the elimination of fixed term contracts, which according to him, would put obstacles when hiring or firing someone. “If I have a negative employee that tarnish my workplace, the law does not allow me to be flexible and to dispense with his services. There will be labor rigidity,” he said.

About establishing maximum salaries for managers or company directors, he noted that it “violates the right of freedom of contract and for the actors to voluntarily agree remuneration.”

This, after President Rafael Correa stated that salary of the employee who earns more, shall not exceed 20 times the salary of the last worker.

Groups ask transparency in the merits qualification in the CNE