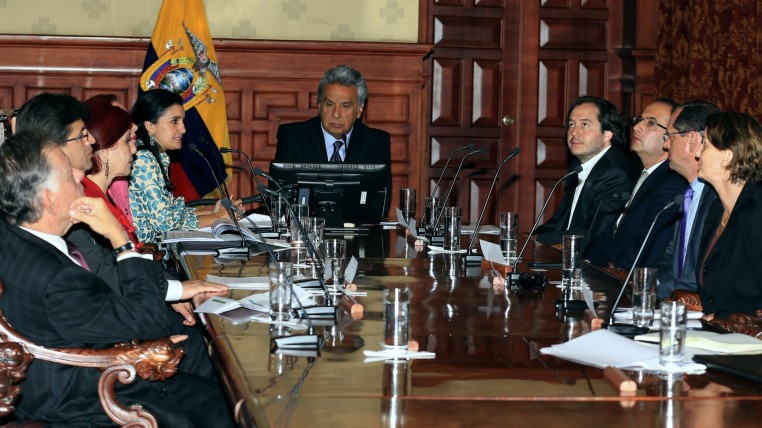 He spoke for the first time about the country’s economic situation. President Lenin Moreno made clear that “there is no such set stage, that is the naked truth. The economic condition of Ecuador is very difficult.”
The statements of the President were blunt. Just a day after the departure of former President Rafael Correa to Belgium, his agenda became hectic.
Correa had indicated in his weekly address No. 550 that he was going to leave the stage set for the upcoming Government “so that the next president can govern in a better way.”

It seems that it has not been so as Moreno yesterday reproached the previous government that “it should have been more restrained when leaving accounts in better conditions … One thing is what is said and another what really occurs,” he said. Although it left a loophole for recovery. “I do not say the country is broken. Because we really have a lot of enthusiasm to move forward.” (I)