The price of European cars will drop 7% in Ecuador 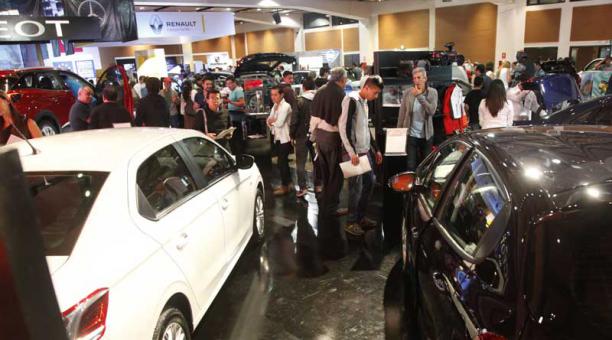 The automotive sector expects in 2018 an increase in sales leveraged in a higher demand for European cars, which will come with better prices than last year. The goal is to place 108,000 vehicles in 2018, a figure higher by 3,000 compared to last year. A key factor in achieving this goal is the agreement with the European Union (EU), which has been in place since January 2017.

This agreement established a gradual tariff reduction between 5 and 10 years, depending on the type of car. In 2018 the second rebate will be made. For example, the importers of light vehicles of more than 1 000 cubic centimeters, which canceled 35% of the tariff before the agreement, paid 30, 63% in 2017. And this year the tariff will be 26.25%.

The immediate effect has been a reduction in prices and a greater supply of these cars in the Ecuadorian market. Data from the Association of Automotive Companies of Ecuador (Aeade) show that in the first year of the agreement the European vehicles decreased in price by 6%, on average. For this year, an additional reduction of 7% is expected, on average. With this, for example, a sedan that cost USD 23 569 two years ago, will be found in 19,000 this year. An SUV car, whose price was USD 38 490 in 2016, can be found at 36 350.

Europe was ranked seventh by origin in Ecuadorian sales, behind countries such as Japan, Colombia and South Korea.

However, last year saw the largest increase in sales. In 2017, 4 718 units of the European block were marketed, more than double the number placed the previous year. The entry into force of this trade agreement was key in the recovery of the entire sector during 2017.

Genaro Baldeón, president of the Aeade, explained that the effect was transversal and multiplying for all actors, even non-Europeans. The agreement forced the country to eliminate the import quotas of cars and to eliminate the safeguards, in order to fulfill the commitments acquired in the framework of the agreement with the bloc. Thanks to this, there was an important growth in the sale of light vehicles (cars, vans and SUVs) of the entire sector.

This segment closed 2017 with a sales increase of 69% compared to 2016. The commercialization of work vehicles, especially trucks, also grew, although to a lesser extent. This segment registered an increase of 36% in that period. Work vehicles facilitate the commercialization and transportation of goods and are capital goods for companies. Despite the recovery, the figures show that the periods of higher growth such as 2015 have not yet been reached.

Last year, the country was also highlighted by the increase in the placement of hybrid cars, which grew 197% compared to 2016. During 2017 there was also more supply. The concessionaires launched a total of 159 new models to the market; of them, 13 were European. This was evidenced in the Euroshow, an automotive fair held in May and which specialized in showing the cars coming from the block.

Three new brands like Mini, Maserati and Lotus also entered the country. For this year, the Aeade expects to launch, in October 2018, at least one new model per brand, that is, between 40 and 50. It will do so at a fair. This year the Italian brand Fiat will bet on the models: Fiat 500 Cabrio and model 500X. Their prices vary between USD 27 990, in the first case; and USD 35 990 and 39 990, in the second, according to the version. Among the challenges of the sector during the current year is to handle the new impositions such as the 10-cent customs tax for the control of contraband. The rate, which applies to all imports, runs from November 13 of last year. According to Baldeón, the highest costs paid for the rate are applied for trucks and van, which is between USD 500 and 600. (I)

Ecuadorian Art had its place in los Angeles Museums