The Quinche Virgin is More Popular Than the Pope 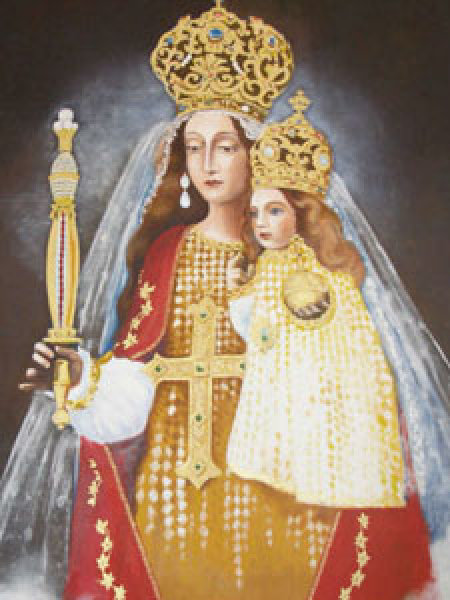 The devotion of many Ecuadorians for the Virgin of Quinche exceeds the expectations of the Pope´s arrival to Barcelona, who on November 7 would perform a mass of consecration in a temple of the Sacred Family.

The presence of Pope Benedicto XVI in the city, has a disorganizing effect, however Luis Perdomo from Caldas Montbui, a small town located 35 Kilometers of Barcelona dedicates his time to plan homage to the Virgin of Quinche for November 19 and 20.

Perdomo explained that since he was born over 44 years ago en Uyumbicho, a parish near Quito, capital of Ecuador. “From a young age I have participated on the pilgrimages that honor the Virgin, and so I brought it here as well… This ceremony is celebrated not only in Madrid but wherever our country men are too.”

The Virgin followers will gather at the Bar Blanquita in Santa Coloma de Gramanet, north of Barcelona from there they are going to walk to the church. Explained Nancy Guaman a Quito immigrant in Spain, that the Ecuadorians settled in Santa Coloma organize this pilgrimage, and over a hundred of them participate on the religious event.

Millions of Euro Project for the Return of Immigrants