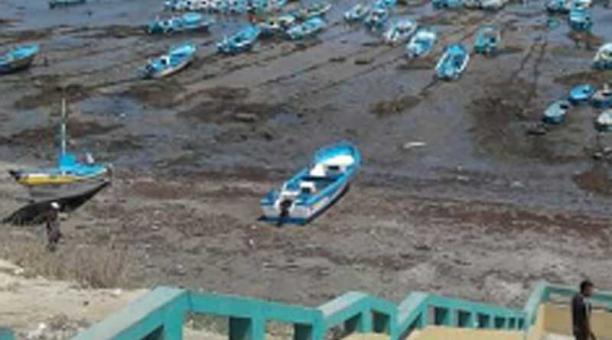 The sea receded a little more than normal in the fishing port of Santa Rosa, in the canton of Salinas (Santa Elena). Beached boats and an extensive layer of black sand in the inlet stand out in the photos captured by fishermen. The images circulated on social networks.

The withdrawal of the water caused surprise in this parish of 1 200 inhabitants, where there are about 800 fishing boats. “It was in the morning and the tide went down more than normal. In tides it is usually dry but not like today, “said Kléber Reyes, one of the fishermen of the port. “The sea is calm and has already begun to rise,” he said on Wednesday afternoon, January 3, 2018.

The Oceanographic Institute of the Navy (Inocar) reported that this effect is due to the tides of syzygy or tides. These occur when the sun, the moon and the earth are aligned, and the forces of attraction produce high tides (highest level of the sea) and low tides (lowest level of the sea) of greater intensity.

Inocar called for calm to the coastal populations and clarified that the sea level decrease is not related to a tsunami. This is because some photos published on the web caused alarm. “In some cases -by the effect of the syzygy tides-, even areas of the seabed near the coast can be exposed, which can be confused with a sign of tsunami occurrence,” he said in a statement. Small oases were also formed next to the Bahía de Caráquez pier. A large beach was uncovered in this Manabi spa. The Inocar warns that these events will be repeated until this Friday, January 5. (I)