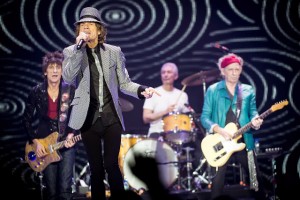 The British rock band The Rolling Stones could make again a tour in South America for 2015, according to the news site emol.com.

According to the website, the group would have established dates in Argentina (for February), which leaves the door open to extend their tour in other countries of the region.

The information about the concerts came from the Rolling Stone Fan Club of Argentina, one of the most active.