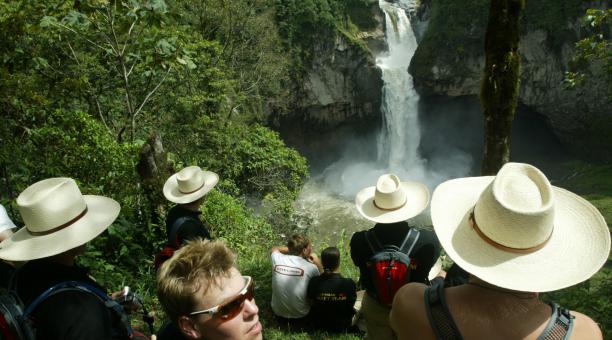 Ecuador is the country of the waterfalls. Of the hundreds that exist in the country with varieties of flow and size, four have greater fame and have even been recommended in international tourism portals. These are San Rafael in Napo, Pailón del Diablo in Tungurahua, Azul in Pichincha and Chorreras del Zapanal in Cotopaxi.

The San Rafael waterfall, located 199 km from Quito, is Ecuador’s largest water fall, with a height of 150 meters and a width of 14 meters. San Rafael is born from the confluence of the Quijos and El Salado rivers. Its waterfall is surrounded by tropical vegetation, with an average temperature of 20º C.

This place is located in the transition zone between the Andean mountain range and the Amazonian region. It is part of the Sumaco Biosphere Reserve, recognition granted by Unesco on November 10, 2000 to protected areas of great cultural and natural value, because it contains a very high diversity of flora and fauna species.

In certain hours, near there you can photograph the rooster of the rock, pigs sahínos, deer, monkeys machines and cervicabras, among other animals. Another famous waterfall is the Pailón del Diablo, located 189 km south of Quito. This place located in the Río Verde Parish of Tungurahua, has a cascade of 80 meters high. Its name is due to the similar formation of a paila at the end of the fall of water, whose depth is 20 meters, while -according to the legend- from the suspension bridge you can see the face of a devil in the rock. 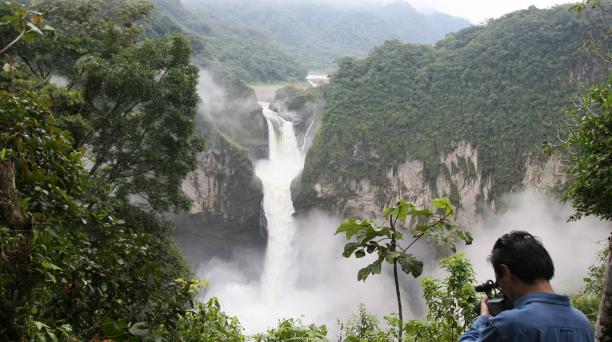 This place is one of the most recommended by international travel agencies. It reached greater fame in June of last year, when there was filmed the video of the song If you see it of Nicky Jam and Wisin, with the participation of the Ecuadorian actors Giovanna Andrade and Andrés Holguín.

The video adds more than 250 million views on YouTube. At 157 km from Quito, in the northwest of Pichincha, is the Blue Waterfall, a 50-meter waterfall that is famous because the movie Test of Life was filmed there in 2000, under the direction of Hackford Taylor, with the performance of Russel Crowe, Meg Ryan, David Caruso, among others. In that film production helicopters, several extras were used and explosions were implemented.

Access to this place had to be closed for a few weeks. Because it is located within the Choco Andino, it is also a site for the sighting of endemic birds of the region. Las Chorreras del Zapanal, a complex of 12 waterfalls, is located 239 km from Quito, in the subtropics of Cotopaxi, in the municipality of La Maná.

Each waterfall differs from the other, so the environment and the falls offer several possibilities for lovers of artistic photography. Olivita, for example, presents a kind of milk road that slides through a 90-meter-high stone wall.

According to David Cascante, tour operator of Iguana Viajes, there are other waterfalls there such as the Cascada de la Muerte, 92.5 meters high, which frightens visitors because of their difficulty in climbing. This complex of waterfalls is located in a place called Sacred Mountain of the Gods, an area where archaeological remains of the La Cadena-Quevedo-La Maná culture have been found. (I)