The seized media, clients of Creacional 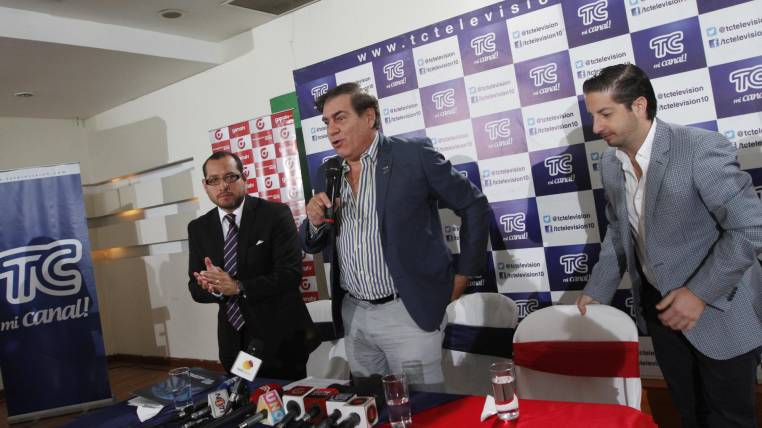 TC Televisión and Gamavisión carry, according to the authorities, millionaire losses. In the previous years, however, they spared no expense in advertising. In fact, the two companies seized in 2008 by the Rafael Correa government were frequent clients of Creacional S.A.

The company, whose largest shareholder is Vinicio Alvarado, former Secretary of the Administration, former Minister of Tourism and Production and former Secretary of Communication, who is under investigation by the Office of the Prosecutor and Comptroller.

In the first one, the unusual operations detected by the Financial Analysis Unit (UAFE) are reviewed. The second initiated special examinations to contracts signed with the State. Between 2012 and 2017, Creacional S.A. had at least seven clients from the public sector: the two seized channels, Provincial Government of Guayas, Union Cementera Nacional, Tevecable (also seized), Corporación Eléctrica del Ecuador and Escuela Politécnica del Litoral.

The relationship with the provincial government of Guayas, led by Jimmy Jairala (former ally of Rafael Correa) is one of the most solid. Between 2011 and 2012, for example, Creacional executed a campaign to consolidate the institutional image. For four years he was awarded successive contracts for the placement of communication spaces in open-category channels.

According to the Comptroller’s Office, there is also a contract with the Metropolitan Passenger Transport Agency of Quito. The relationship of Creacional and the Municipality of Quito also has a long history and dates back to 2009, when Augusto Barrera was in the mayor’s office.

When his financial data and those of his company were disseminated, Alvarado assured that the revenues correspond to the own exercise of the advertising company. The UAFE, however, believes that not all movements are justified.

They cannot enter into contracts with the contracting entities, Ministers and Secretaries of State, as well as wives or relatives.

Public servants are prohibited from resolving matters, intervening, issuing reports, managing, processing or signing agreements or contracts with the State, either personally or through an interposed person. (I)

Aeroméxico will fly with three more frequencies from Quito