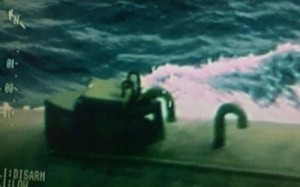 The semi-submersible found last Wednesday and which carried three tons of drugs arrived at the Manta port at 09:00 on Monday; the unit was found about 380 miles northwest of the Manabi port.

Three people of Colombian origin who were arrested at the scene by Ecuadorian Coastguards after a joint work made by the armed and the police of Colombia and Ecuador, arrived in the ship.

The prosecution of Manabi undertook the proceedings of the case.

Pharmaceutical adhered to the Code of Ethics