The shadow of ‘Chapo’ Guzman in Ecuador 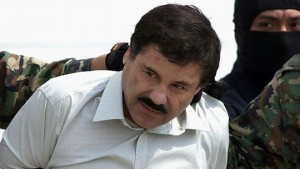 Interior Minister Jose Serrano said yesterday it is quite probable that the Mexican drug lord Joaquin “Chapo” Guzman had been in Ecuador ten years ago. President Correa asked the minister to confirm this hypothesis during a discussion table held with foreign correspondents.

Serrano said that a decade ago, Los Choneros band was dismantled a decade ago, and one of its members was an official of the Civil Registry of the province of Manabi. “His mission (of that official) was precisely impersonating identities and provide fake IDs in Ecuador,” he revealed.

This determinated that “approximately between 20 and 30 Mexican citizens had supplanted their identities to be in Ecuador and obviously, according to intelligence information, it has been established one of those thirty Mexicans could have possibly been Guzman,” he said.

When asked about arrest of the drug lord, Correa stated that the arrest does not change “at all” the situation of drug-trafficking.

For the governor, the current strategy in the fight against drug trafficking, “repressive, only against producers, has been a total failure,” so he considers “new alternatives” must be sought.

“It’s time they also begin to counter the drug use and seek new strategies to limit production, but without the brutal repression that currently exists, which also leads to other forms of crime.”

The ‘Monarch’ exposed 1.5 tons of drugs mixed with clay