That initial aspiration of Dubai Port and seconded by the Government of Rafael Correa to leave Guayaquil for cabotage (internal merchandise traffic) and tourism that stipulated the late Mobility Strategic Plan, made sense only for the economic calculations of DP World owners Posorja. 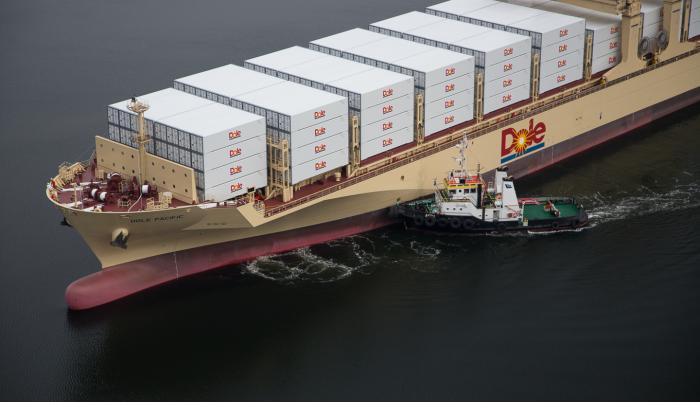 What he wanted was to remain as the only offer to transfer containers from the land to the ship and vice versa, and that it was written in a letter in which they asked the State not to have another port terminal in 200 kilometers.

Today, the economic success of the deepwater port of Posorja is more in doubt. The main cargo of Ecuador, the banana, does not want to lose competitiveness for those 200 dollars more than is spent for each container to travel those 100 or more kilometers to that area.

Diario EXPRESO confirmed with exporters that now the quotes they send to their customers depend on whether the fruit is shipped through the city of Guayaquil or its parish Posorja. If it is from the deep water port it costs an additional $ 200.

Although with the new toll rates, taking that same container up to now will have an extra cost of $ 12.

For the banana, which exports almost 400 million boxes a year, every penny counts, as competition with Colombia, Costa Rica and Guatemala is increasingly alive and defines its arrival in the markets for pennies less. A container carries around 1,000 boxes of guineo, so each box would cost 21 cents per Posorja in relation to the terminals located in El Guasmo , La Trinitaria or Fertisa.

“Posorja maintains a feeder to Guayaquil, that is to say that the same lines are very doubtful that they are competitive in DPW for the land transport issue. Many exporters want to come to Guayaquil because the cost differential is very high because it has a complicated situation, ”says José Antonio Contreras , general manager of Contecon Guayaquil, which operates at the Libertador Bolívar terminal in Guayaquil.

There are other factors Contreras talks about that make the business present nuances of complication . It will be impossible for Contecon to increase the burden due to the overcapacity there is (some speak of a port bubble). The trade war is there. Contecon has a (current) capacity of 1.5 million containers, TPG and other private terminals enabled between 1.5 or 1.6 million and DP 750 thousand. But the containers transferred, just over 1.8 million.

The expectation that the Government has left to reduce subsidies also creates a sense of doubt in the export sector of taking its cargo to Posorja, since a rise in diesel would strongly impact the logistics chain, “exporters could not compete in the markets ”, highlights Contreras.

The ten most purchased appliances in Ecuador during 2019

2019, a relevant year for the mining industry in Ecuador