The ‘sins’ of the evaluated 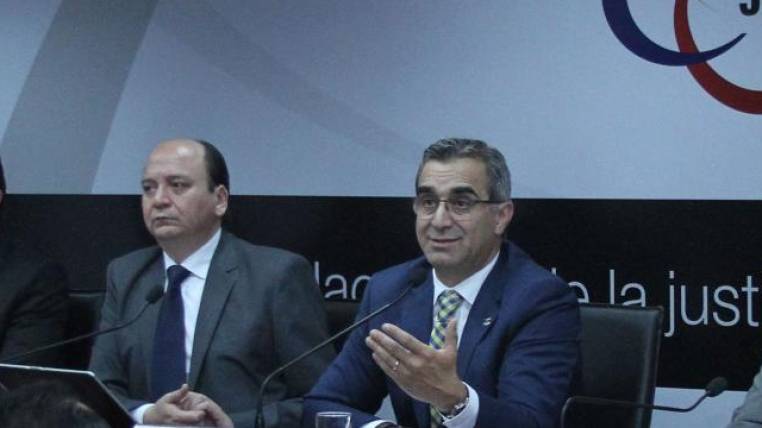 Until Thursday, April 12, civil society organizations, social actors, politicians and citizens can submit to the Council of Citizen Participation transient denunciations against the first four entities of the State that will be subject to evaluation.

These will not be the first and, apparently, neither will the last complaints. In the first month of operation of the temporary Council, approved in the popular consultation on February 4, the body received about 190 citizen complaints. Now, they will have to be documented.

It was precisely this rain of claims that served as the basis for establishing the order of evaluation, starting with the National Council of the Judiciary (CNJ), the State Attorney General’s Office, the National Electoral Council (CNE) and the Superintendency of Banks.

In the instructions issued by the Participation Council, it is specified that complaints will not be accepted on which a judicial process has been initiated or if there is an enforceable judgment. Claims can deal with cases that affect the management of public resources and the rights to citizen participation. Several organizations and individuals collect information about the alleged irregularities and told EXPRESO.

Gustavo Jalkh, President of the Council

Independence is in the crosshairs

The Council of the Judicature, headed by Gustavo Jalkh, is the entity that accumulated the most complaints before beginning the evaluation. Ramiro García, president of the Bar Association, told EXPRESO that his union found no less than alleged irregularities in this instance. “The list is extensive but, basically, there is a misinterpretation of the inexcusable error, they violated any form of judicial independence and a rather obscure management of the funds of the Judiciary, specifically in relation to the acquisition of the new computer system,” said García.

Nubia Villacis, President of the Council

The Balance for only one side

Behind the steps of the actions of the National Electoral Council there is more than one interested. The Workers Unity Front (FUT), for example, wants the president of the organization, Nubia Villacís, and the other councilors to explain “the lack of transparency in the last electoral processes and the favoritism towards a political movement,” said the trade union leader José Villavicencio. Political organizations such as Ruptura de los 25 will present before the Council the case of their dissolution, which they consider arbitrary, which would have harmed their participation rights.

Doubts since the appointment

The State Attorney General, Carlos Baca Mancheno, is questioned from the way he arrived at the position, until his recent actions. The political activist César Montúfar, for example, prepares the documents that, according to him, would prove that the prosecutor has done everything possible to set aside former President Rafael Correa from the judicial process in the corruption case of Odebrecht. To that is added his performance in front of the disclosure of an audio that involves the former president of the Assembly, José Serrano, and the fugitive Carlos Pólit.

It is the evaluated one less thought, but actors and social organizations consider that the critical situation of the Social Security would not have been possible without some decisions supposedly taken by the superintendent of Banks, Christian Cruz. The lawyer Maria Paula Romo says that this official, in 2015, declared reserved the information of the actuarial calculations of the Social Security, “with what helped to hide the situation of this entity”. Something similar will be posed by the Unitary Front of Workers and several associations of retirees before the Council of Citizen Participation of transition. (I)