The slow process of marking distances 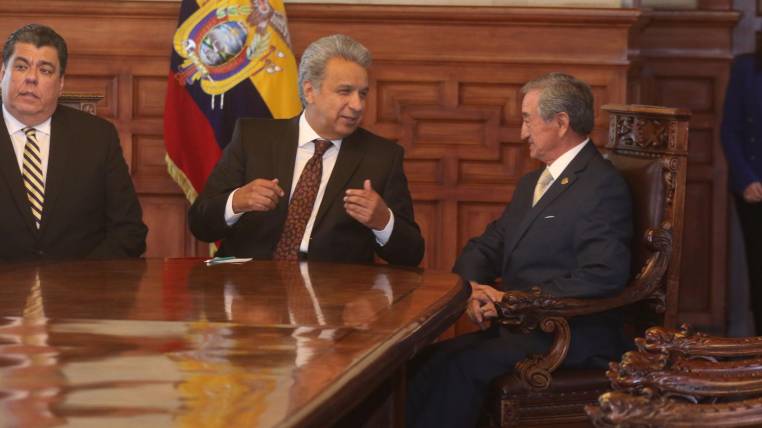 It is a slow metamorphosis. Three weeks after the first year of the government is completed, the team of President Lenin Moreno is gradually losing the green flex tones he accepted as a legacy of Coromancy.

With the last changes practiced by the president in the Interior and Defense portfolios, last week, the balance definitely leaned towards the other end of the self-styled citizen’s revolution.

Of the 18 high-ranking officials who made the leap from the Rafael Correa government to Moreno, there are only seven left and, until May 24, more changes are expected at the level of the ministries and some secretariats

This, without counting the departure of former Vice President Jorge Glas, who arrived as part of the presidential binomial, but was removed from office because of suspicions of corruption that were later confirmed, in the first instance, by the courts.

In his place, María Alejandra Vicuña, who was an Alianza PAIS assemblywoman in the time of Correa, took over and vehemently defended her government, although now she criticizes him for having allowed an administration in which “corruption hovered,” as She said at the Summit of the Americas.

On the day of his possession, Moreno signed Executive Decree No. 8 with which he appointed 36 ministers and secretaries of state. Of these, 17 no longer hold the positions for which they were appointed: that is, 45% of changes.

The first schism within the ruling party occurred last August, when the presidential advisers Ricardo Patiño and Virgilio Hernández, plus the then secretary of the Policy, Paola Pabón, decided to step aside.

The reason? The criticism that Moreno began to make in the first three months, the previous government for the acts of corruption and the difficult situation in which he found the public finances, despite being told that they left the table served.

The last casualties of Correista lags were César Navas, who left the Interior Ministry and was replaced by Mauro Toscanini and Patricio Zambrano who left the Ministry of Defense and in place was placed General (sp) Oswaldo Jarrín.

The two resigned after the 10-day deadline given by the president to capture the narco-terrorist leader alias ‘Guacho’ and release a couple of citizens who would be in his power. Both things without results.

Although Zambrano did not hold public office during the Correa administration, he was allied with PAIS Alliance from the Socialist Party.

In other spaces the correísmo also loses presence. Although he always denied his closeness to the previous president, the former superintendent of Communication, Carlos Ochoa, did not deny his admiration for Correa. He was removed by the Comptroller’s Office, a decision that was executed by the Participation Council.

After leaving the counseling in the economic area of the current government, Patricio Rivera decided to assume the Superintendence of Popular and Solidarity Economy. The Council of Transitory Participation, however, determined that this possession expired, because it occurred outside the time determined by law.

As “a luxury prosecutor” and a “friend” described the former president Rafael Correa to the destitute prosecutor, Carlos Baca Mancheno. Although the ex-prosecutor assured that his management in the Attorney General’s Office would be independent, several sectors questioned that he had not investigated Correa for corruption cases. (I)