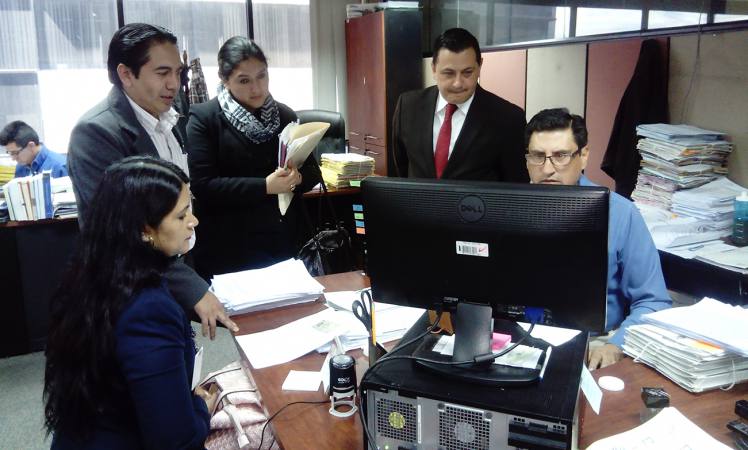 The private accusation of the Solicitor General’s Office against Vice-President Jorge Glas, his uncle Ricardo Rivera, former Comptroller General Carlos Pólit and fifteen others, for the crime of unlawful association in the Odebrecht case, consists of 59 pages, and additional 11 copies of enabling documents.

Carlos Jurado Bedrán, on behalf of Solicitor General Diego Garcia, supported his complaint on the elements of conviction determined by the Attorney General´s office during the preliminary inquiry; and on the latest free and voluntary versions of Glas, and José Conceição Santos, former Odebrecht executive, and an informer in the case.

In the indictment, Jurado details the charges they had and the participation they would have had in the corruption plot.

The accusation of Solicitor General’s Office states that the largest bank transfer that would have made the construction company of Norberto Odebrecht was $ 20 million to the company Diacelec SA, whose principal shareholder is Édgar AQ, through Columbia Management Inc., an alleged Brazilian offshore. Of this amount, $ 8 million was paid to Ricardo Rivera. (I)