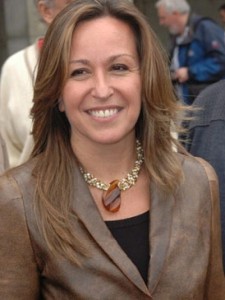 Trinidad Jimenez, the new Ministry of Cooperation and Exterior Affairs of Spain will visit Ecuador during the first week of November.

The journey is of political nature due to the events occurred on September 30. Meanwhile the socialist Jose Luis Rodriguez Zapatero was one of the first to express his contempt on the events. “Due to the news of a coup d’etat on Ecuador, the Spanish government wants to reiterate its support to the Ecuadorian government and the democratic institutions.”

Ministry Jimenez has meetings with President Rafael Correa and Chancellor Ricardo Patiño. The main issue of the reunion is the discussion of the 500 thousand Ecuadorian migrants located on the Peninsula. Jimenez also confirms their commitment on the Yasuni ITT project, and their annual contributions would began as planned from 2010 to 2015.

At the moment Ecuador demands $3.600 million to the international community. Although the gathering of the amount is hard to get, Jimenez is optimistic about it. The negotiation of the crude contracts between the Government and private companies, like the Spanish enterprise Repsol. The Iberian authorities believe the subject is on “track”.