The Special Forces take their weapons 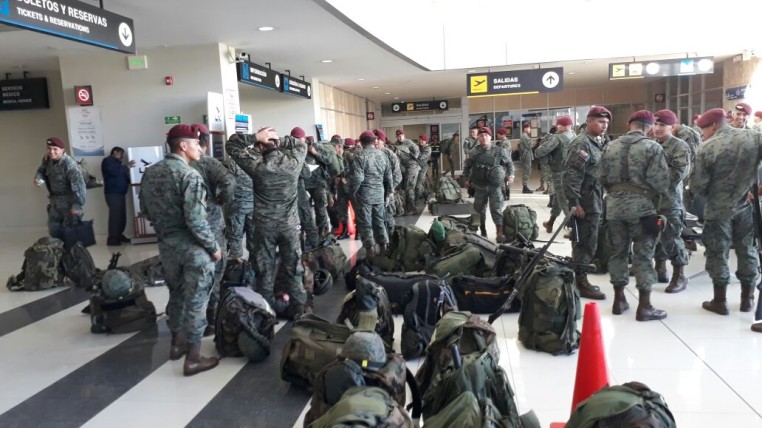 One week after the start of coordinated patrols between the military and police to fight crime in Guayaquil, a second group arrived to reinforce gun control in the most conflictive sectors of the city.

The 146 members of the battalion of Special Forces Patria, of the Latacunga province, arrived in an airplane of the Ecuadorian Air Force to the air base of Guayaquil. They replace 150 Army men who arrived eight days ago to the city to execute the control of weapons in the extensive peripheral zone of Nueva Prosperina and Pascuales (an area under the responsibility of the Army).

Meanwhile, 250 men from the Navy cover the center, south, and southwest of the city, through an operational schedule that is kept in reserve until minutes before its execution.
In total, some 600 military personnel and 417 police agents have patrolled the city, seeking to lower crime rates in Guayaquil, the highest all over the country. (I)

Drilling at Tambococha is expected for the last quarter