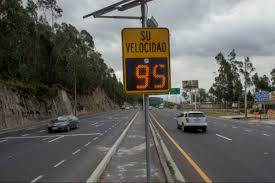 The camera of a photo radar can capture up to 20 images in seconds. Then, those graphs become evidence to verify an excess of speed on the roads. That was how in the first year of operations (January-December 2015), with these devices 129,636 drivers were fined in the country.

The Ministry of Transport controls these devices. At first 514 began operating nationwide. To dat,e 383 remain operational, as 131 are under maintenance, calibration and repair.

In one year, these devices have generated USD 13.7 million in fines. However, that money has not been paid in full. The ministry said that all debtors of 2015 total USD 6.9 million and explains that the delay in payments is because people “usually” chooses to pay the fines when registering their vehicles or renewing their license. Neither of these procedures can be made without paying pending fines. Ie, the state has achieved to collect $ 6.8 million.

A general surcharge of 8 to 10%, under study

3,000 million will come from China