The streets of Guayaquil are a labor center for Venezuelans 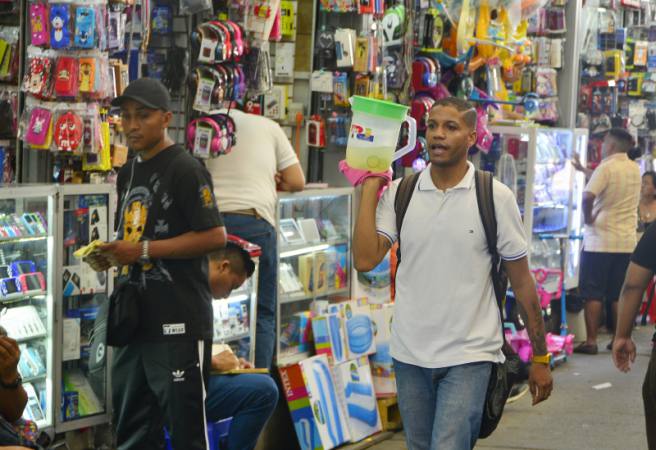 Manuel Sanz, a civil engineer, 29, resigned his position as a public official in Venezuela in December and sold his car and other possessions in search of a better future.

The young man left his native Caracas three months ago to settle down in Ecuador. Guayaquil and his people welcomed him, as well as his country fellow people, who have arrived in recent months with the idea of recovering the social status they claim to have lost in their country. The port city receives them warmly, as it did with the Spanish, Italian, Lebanese, and recently with Chinese and Colombian migrants.

Manuel runs along the bay selling lemon juice. He claims to be optimistic because now he can earn more. “The 100,000 Bolivars I earned as an official did not reach me. What I do here is enough to make a living and send money to my wife and son.”

In that area, a young woman – who has a degree in Tourism – sells arepas; Jose Navas, a civil engineer, works as a waiter in a restaurant and in a nightclub; And Maderley Ocando, a teacher, sells jelly in the afternoons.

Most of them are professionals and ask for the opportunity of a stable job. Ecuador is sometimes a part of the way to other nations.