The ticket sells for the Demi Lovato concert in Guayaquil began 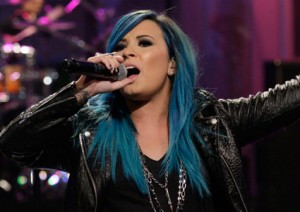 The concert will be held in the city of Guayaquil on May 10, at the Crystal Palace

On Monday April 7 began the ticket sales for the concert of singer Demi Lovato, who will give a presentation in the city of Guayaquil as part of her tour “The Neon Lights”, which began in Canada and will pass through countries like the United States, Brazil and Argentina.

Tickets have a cost of USD 150 for Demi Box, USD 75 for Vip and USD 40 for preference, which can be purchased at Ecutickets in the San Marino Mall. The concert will be held in the city of Guayaquil, on May 10, at the Crystal Palace, and the design will be headed by Nick Jonas, premiering as creative and musical director.

Demi Lovato took part in the Disney movie “Camp Rock” with the Jonas Brothers, reaching the top spots on the Billboard chart, and participating in the reality show X Factor as a judge.