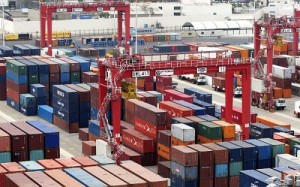 Ecuador’s trade balance, during the period from January to July of this year, recorded a surplus of $ 605.79 million, which represented a recovery of 171.4%, if compared with the trade balance of the same period in 2013, which was $ -848.58 million.

According to a report by the Central Bank of Ecuador (BCE for its Spanish acronym), the total exports in FOB value (in port), during January-July this year, reached $ 15,590.6 million, which represented an increase of 9.3% relative to foreign sales recorded of the same period in 2013 ($ 14,269.2 million).