The UN offers to analyze the Saraguro case 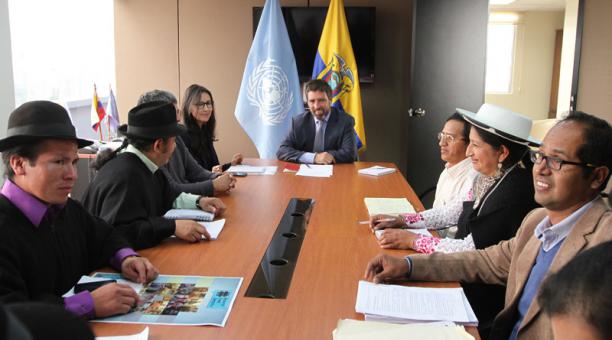 The four most common criminal figures used to charge detainees during social protests are: attack and resistance, stoppage of public services, incitement to discord and sabatoje and terrorism.

The records of the Regional Foundation for Human Rights Advisory (Inredh) contains the names of 122 people who allegedly faced an investigative process since August. Of that total, 87% is represented by indigenous people.

They participated in demonstrations such as the national strike, the indigenous uprising and protests against the constitutional amendments approved by the Assembly. The most recent case is that of two indigenous from the Saraguro community, sentenced to four years in prison. The OTP took this decision because of the obstruction of a highway (stoppage of a service). Yesterday the leaders of the Confederation of Indigenous Nationalities of Ecuador (CONAIE) and Inredh Nationalities met with the Resident Coordinator of the United Nations in Quito, Diego Zorrilla, to discuss the issue.