The United States will be the primary destination of roses 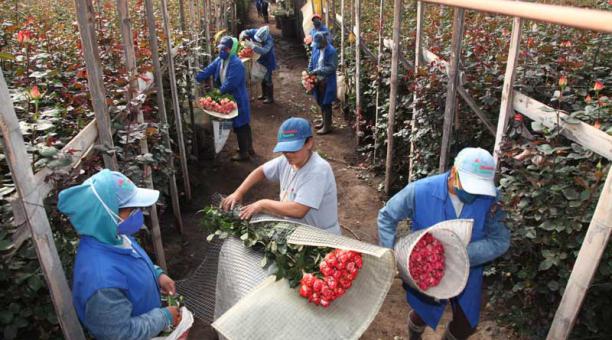 It is expected that the US will be the main export market for flowers for Valentine’s Day 2017, as it has historically happened. Cuttings will start on Sunday, January 22, according to Expoflores, especially of flowers, which will be sent to different destinations in the world and marketed until February 14. Although the guild will know the figures for sales projections and placement in markets on Tuesday, through talks with the managers of the farms, it has been determined that Valentine´s season will be similar to that of 2016.

Between January 27 and February 10, 2016, 11,752 tons of flowers were exported. The US market captured the 59% of the total, followed by the European Union (EU) with a 38.6% (this market did not grow in exports compared to 2015). This reality is observed in the same exporting companies such as Qualisa, which has two farms located in Cayambe, in the north of Pichincha, and which exports flowers in more than 50 markets around the world. For the Day of Love, the company will ship 50% of its offer to the US, 30% to Europe and the rest to other countries.

On Thursday, January 12, the 105 field workers, who are part of a total of 330, were verifying that the flowers to be cut for the Valentine´season, which is expected to start on January 24 on these farms, were in perfect condition. 80 000 flowers per day will be shipped, about 20 000 more than on regular days. On the peak days, 100 000 flowers will be sent. In 2016 Qualisa exported 1.8 million flowers, and the amount is expected to be similar in 2017.

Modified measures for the use of electronic money

Journalists call for the compliance regulations for the frequencies contest