The unusual finances of the Alvarado 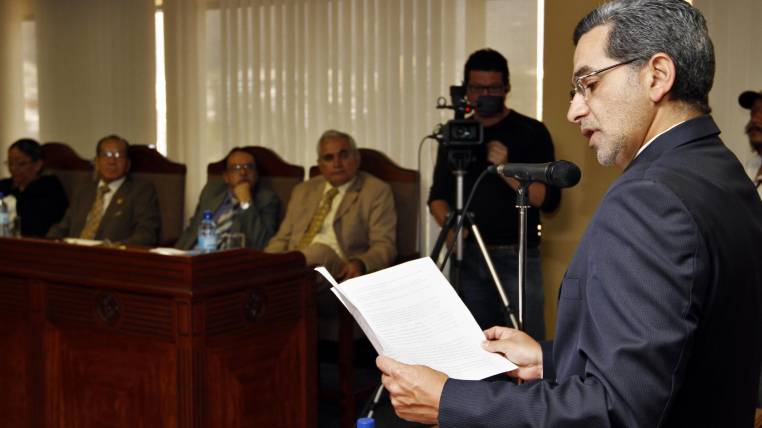 Suspicions of corruption are now directed to the brothers Fernando and Vinicio Alvarado Espinel.

The Office of the Prosecutor opened a preliminary investigation to determine whether the ex-employees of former President Rafael Correa were guilty of any crime. The basis of the file is a ‘confidential and reserved’ report from the Financial and Economic Analysis Unit (UAFE) that was sent last Friday to that body.

According to the UAFE, the companies of the Alvarado Espinel brothers registered millionaire movements in their accounts and that happened while they held the positions of secretaries of the Administration and of Communication and ministers of Tourism.

A report from the UAFE talks about anomalies. In a radio interview, prosecutor Carlos Baca said that it will be investigated. And the case will be in the hands of the General Prosecutor’s Office because the two ex-employees enjoy jurisdiction of the National Court.

The Alvarado brothers are added to the list of former high-ranking officials of Correismo involved in alleged acts of corruption. The UAFE document is the Report of Unusual and Unjustified Operations No. ROII 2018-003.

In the dossier there is a review of transactions abroad, transfers to companies that were not their suppliers or clients, checks from state companies to family companies, advertising contracts for companies in which Vinicio Alvarado appears as a shareholder while he was an official, between other observations.

The 60-page report is signed by Andrés Villavicencio, general director of the UAFE. It reveals that, among eight relatives and four of their companies, they moved more than $ 160 million. In its 23 conclusions it details the findings and unusual aspects. Starts mentioning that in 2013 Vinicio Alvarado significantly increases  his income by $ 531,683.55, which represents a growth of 558.82% compared to 2012.

Then come the checks in 2015, 2016 and 2017 to a company dedicated to agricultural work that does not have Vinicio Alvarado as a client; eight checks for $ 180,000 to Victor Barrera, who is not on his list of providers.

The analysis does not remain only in the former secretary of the Administration. About his brother Fernando, he says that between 2010 and 2016 he declared taxes for 495,560.38 dollars, but to his accounts they entered 634.626,99 dollars.

Another relative benefited by the ‘prosperity’ of the Alvarados was Jorge Aguirre, brother-in-law of Vinicio Alvarado. The UAFE indicates that it is the beneficiary of 17 individual transfers from state companies for $ 6,553,289. Aguirre is president of Mundoferretero. Creacional, whose shareholder is Vinicio Alvarado, secretary of the Administration, is a beneficiary of transfers from the state channel.

And the shadow of Odebrecht, accused of delivering bribes to public officials in Ecuador, is also around. The company Creacional de Vinicio Alvarado between 2013 and 2016 registers transfers for 441,475 dollars whose payer is Odebrecht.

In addition, that signature records transfers from a domicile in tax heavens, in this case the Cayman Islands. There are 21 transfers for almost 600 thousand dollars. Former Vice President Jorge Glas and his uncle Ricardo Rivera, both sentenced for illicit association in the Odebrecht bribery scheme, are also mentioned in the report. Between 2013 and 2016, he is the beneficiary of transfers ordered by Televisión Satelital, whose founding shareholders are Glas and Rivera.

The former Secretary of Communication Fernando Alvarado prepares a written response after the publications that speak of “unusual operations (in the accounts) of the Alvarado brothers.” As he explained in a short conversation with EXPRESO, he has not yet reviewed what has been said. Today in Quito he will write his official position.

“I have no criteria. We are besieged in Quinindé, “he replied.

The strong man of the previous Government accompanies the ex-president Rafael Correa in his campaign for the No in the popular consultation. Therefore, he argued, he could not review the information published since Tuesday. “They cut the Internet.”

What it did advance is that the Comptroller General of the State is also behind its steps. There are five audits that detected irregularities that must be clarified before moving forward in the process.

According to Alvarado detailed, the Comptroller has observations for the campaign ‘All You Need’, the management of the channel seized Gama TV, signage programs in the tourism portfolio (where Fernando Alvarado was minister) and two exams by the Citizen Links. For this also the ex-official prepares a formal response. “The response time has not expired,” he said. (I)