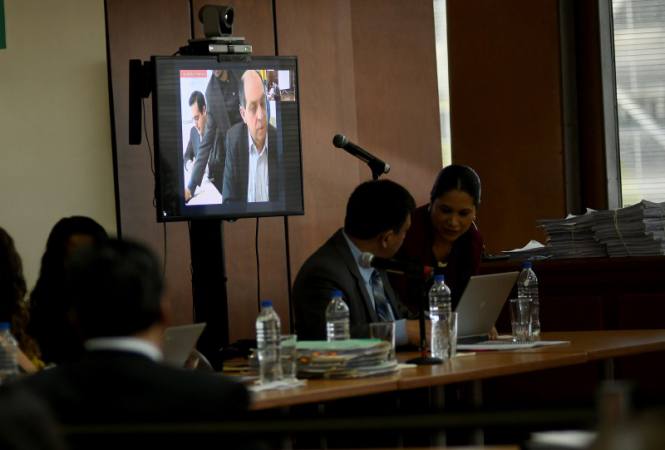 José Santos was Odebrecht’s representative in Ecuador and is one of the informers who cooperates with the Attorney General´s Office of Brazil and Ecuador to clarify allegations of corruption. Among the information he has submitted to justice, there are audio recordings and videos of his meetings, for example, with Vice President Jorge Glas, with Ricardo Rivera, and with Former Comptroller Carlos Pólit. In this version, rendered on September 27, from Brazil, he confirmed he paid bribes to Rivera through the Glory International firm.

“In June 2011 Ricardo Rivera came to me to tell me he was the financial intermediary of the strategic sector for Mr. Jorge Glas … Those projects would only be designed so Odebrecht could compete, participate in the bidding, with the condition of paying a commission to the coordinating minister of Strategic Sectors. These payments, according to Rivera, were made by the Chinese companies Sinohydro, CCCC, CWE, and Harbin.

“The payments guaranteed me direct and unconditional access to Mr. Jorge Glas … the Ministry of Strategic Sectors and, later, in the Vice Presidency of the Republic,” Santos said. (I)