The weaknesses of the narco-terrorist attack 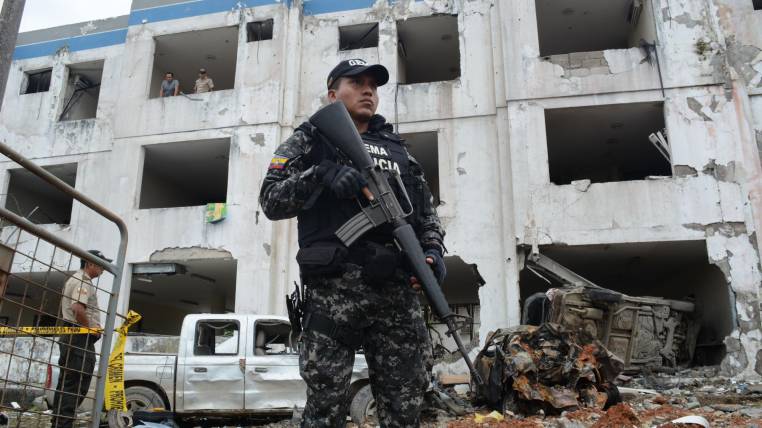 Much was what was left to do on the border with Colombia in more than a decade, and is what pushed the country to be the target of terrorist warnings today with the attack on the police command of San Lorenzo.

Those who say it are four experts in strategy and military intelligence, who ask the government to take urgent measures, among them, create an anti-narcotics brigade like Colombia, reformulate the intelligence system and create a risk matrix.

1.The dismantling of the Military Intelligence system, according to Colonel Marcelo Flores, began with the reallocation of the resources available until 2009 to the new National Intelligence Secretariat, which was dedicated to political espionage. Although the work continued to be done with the money assigned to the units that was not enough, to the point that sometimes patrolling was done without more Intelligence information. “We knew that there were many eyes watching the movement of the military personnel, since they arrived at the airport and entered the patrols.”

2. Since March 2008, after the attack of Colombia on a guerrilla camp in Angostura (Sucumbíos), where FARC number two, Raúl Reyes, died the Intelligence information exchange with Colombia was cut off. Colonel Mario Pazmiño assures that this gave advantage to the guerrilla incursions and the drug traffickers. According to Flores, Colombia has a large intelligence team on the border so it knows more about what happens in the Ecuadorian territory than the country itself. An example, he says, is that Colombia knows the amount of properties purchased in the border provinces by people who are at the service of organized crime. It also has information on the militant Ecuadorians of the FARC and who are in the organized gangs.

There is NO anti-narcotics brigade

3. Although for more than a decade was warned of the threats of drug trafficking and criminal gangs, according to General Paco Moncayo, no measures were taken to do a joint work on the border, bringing together in a single group military, police and even prosecutors, including intelligence, because the fight must be joint. Pazmiño believes that what must be done is to create an anti-narcotics brigade that brings together all forces, as Colombia has for years.

The number of military personnel was not maintained

4.From about 3,000 men in the nineties, the Armed Forces went on to create fixed detachments on the border between 2000 and 2008 and reinforce the personnel to reach 10,000 men in border surveillance. As of 2010 the number was decreasing and until last December the number did not reach 7,000 uniformed. 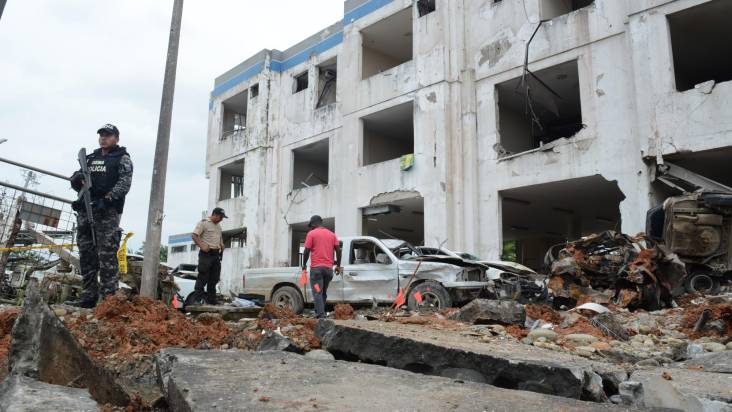 5.With the policy of open borders and the handing over of refugee status to Colombians, according to Colonel Alberto Molina, there was such a lack of immigration at the border, which allowed the free transit of guerrillas, drug traffickers and members of criminal gangs, who came to obtain Ecuadorian certificates. There is no control of who enters and who goes through the border.

6. From 2009 to 2017, according to Molina, the country was without radars on the border and, to top it all off, the Americans were taken out of the Manta air base. With this, he says, drug trafficking was given free rein that had clear skies and seas with little control to get the drug out.

The rumor that ran through the town

The rumor that an attack was being prepared in San Lorenzo, which ran like wildfire in the town, reached the ears of the high military and police authorities. What was done? That, according to the experts consulted by EXPRESO, is what the Intelligence agencies of the Police and the Army should have investigated together. (I)