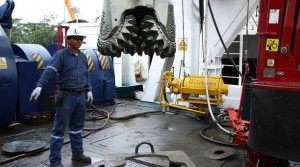 The Petroamazonas state company made the first drilling of a well to exploit oil in the Ishpingo-Tambococha fields and Tiputini (ITT) or block 43, some of them located in the intangible area of the Yasuni National Park.

The work started last Monday under the supervision of Strategic Sectors minister Rafael Poveda and Petroamazonas manager Jose Icaza, reported that Ministry in a statement.

“On site (Poveda and Icaza) initiated the drilling works of the first development well, at the platform called Tiputini C.”

The axis of the ITT fields is located at the eastern end of Orellana, in the Aguarico county, a few kilometers from the border with Peru. Getting to the place takes eight hours by boat down the Napo River.

Equality Councils are not yet integrated