The World Bank presented its update of the global growth projections on January 11, 2022. 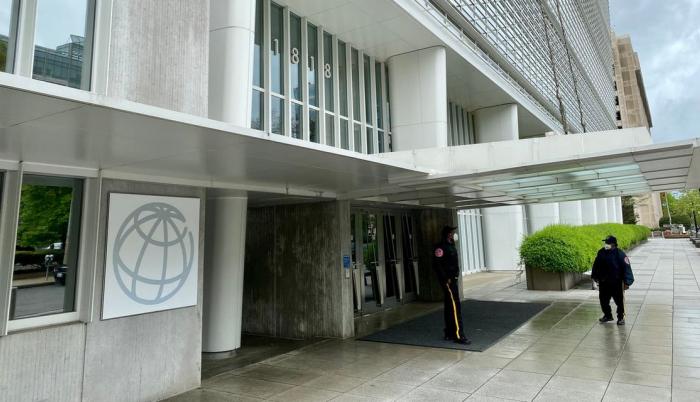 he World Bank presented its economic projections on January 11, 2022.

The entity noted that after the strong rebound registered in 2021, the world economy is entering a pronounced slowdown amid new threats derived from the variants of COVID-19 and the increase in inflation, debt and income inequality, which could jeopardize the recovery of emerging and developing economies.

According to the most recent edition of the World Economic Outlook report, published by the World Bank, global growth is expected to decelerate markedly, from 5.5% in 2021 to 4.1% in 2022 and to 3.2% in 2023, as pent-up demand dissipates and the level of fiscal and monetary support declines around the world.

According to the World Bank, the rapid spread of the omicron variant indicates that the pandemic will probably continue to affect economic activity in the short term. Also, the marked slowdown in the major economies (such as the United States and China) will weigh on external demand in emerging and developing economies.

“At a time when the governments of many developing countries lack the macroeconomic space to support activity, if necessary, the new outbreaks of COVID-19, the persistence of inflationary pressures and bottlenecks in supply chains, as well as the high financial vulnerability in many parts of the world, could increase the risk of a hard landing, “said the agency.

“The global economy is simultaneously grappling with COVID-19, inflation and policy uncertainty; public spending and monetary policies are moving into uncharted territory. Rising inequality and security concerns are particularly damaging for developing countries, “said David Malpass, president of the World Bank Group. “Getting more countries on the path to favorable growth requires concerted international action and a comprehensive set of policy responses at the national level.”

After a year marked by COVID-19 infections, despite the progressive advance of the vaccination process and the inflation that affects various actors in the region, the entity contemplates the economic growth of Latin America at 2.6% for this year and 2.7% by 2023.

“If the figures are weighted according to GDP, the Latin American and Caribbean region will lose ground in per capita income not only relative to advanced economies, but also to those of East Asia and the Pacific and those of Europe and Central Asia “, concludes the report.